A 2016 study from the American Journal of Public Health on fracking disposal wells in the Eagle Ford area of South Texas found a positive correlation between the proximity of a fracking wastewater disposal site and the proportion of people of color living in that area.

Fracking has been associated with numerous health and environmental risks including global warming, air pollution, water contamination, and earthquakes. These linkages are a source of contention between environmental activists and oil and gas companies.

A 2014 study in the journal Reviews on Environmental Health links the chemical additives and chemical by-products associated with fracking to neurological problems in infants and children. According to the study, there is no surefire way to keep the chemicals additives out of the water and air in disposal areas. This exposure is linked to reproductive issues such as miscarriages, pre-term birth, and low birth weight. The study recommends more research should be done into the extent of these developmental effects.

But despite these concerns, fracking has charged ahead in the U.S. It has kept the U.S. ahead in the global energy game as one of the top oil and natural gas producers, behind only Saudi Arabia and Russia. In the last two decades, there has been a dramatic increase in fracking sites. In 2000, there were approximately 23,000 hydraulically fractured wells in the U.S. As of February 2017, there were 279,615 active wells in Texas alone.

According to the EPA, each hydraulically fractured well requires that 11 to 19 million liters of liquid mixture (water, sand, and chemical additives) be shot into the ground. On average, 5.2 million liters (27 percent to 47 percent) of this mixture returns to the surface as wastewater. Most of this water cannot be recycled, and as a result is stored in large wells beneath the earth’s surface.

“Permitting for disposal wells is virtually ubiquitous across Texas, suggesting few siting restrictions, unlike other states,” the study states. Income and land ownership are indicators of political influence in these decisions, and with few resources to challenge these permits, low income communities become a target. This results in persisting, adverse health outcomes in communities of color.

The study recommends a decrease in toxic substances used in fracking, as well as an increased mandatory distance between the disposal wells and community water sources. It also calls upon community members to be more vocal in decisions regarding wastewater.

Though more research is needed into the full extent of the health effects of fracking, it is known that waste facilities have a negative effect on the health of communities, and they are disproportionately located in rural communities and communities of color. 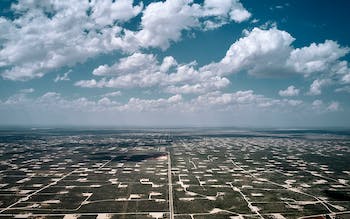