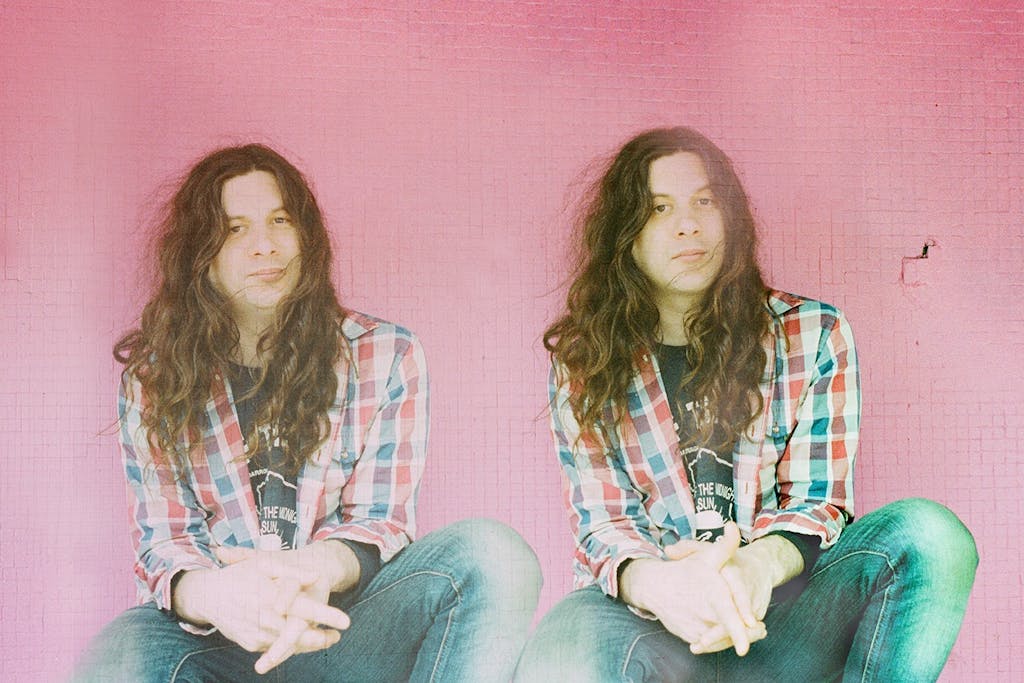 Travel can inspire in surprising ways: Kurt Vile discovered as much making his first record in three years, the eclectic and electrifying Bottle It In, which he recorded at various studios around the country over two very busy years, during sessions that usually punctuated the ends of long tours or family road trips. Every song, whether it’s a concise and catchy pop composition or a sprawling guitar epic, becomes a journey unto itself, taking unexpected detours, circuitous melodic avenues, or open-highway solos. If Vile has become something of a rock guitar god—a mantle he would dismiss out of humility but also out of a desire to keep getting better, to continue absorbing new music, new sounds, new ideas—it’s due to his precise, witty playing style, which turns every riff and rhythm into points on a map and takes the scenic route from one to the next. These journeys took Vile more than two years to navigate, during which time he toured behind his breakout 2015 album b’lieve I’m goin’ down, recorded a duets album with Australian singer-songwriter-guitarist Courtney Barnett, opened for Neil Young in front of 90,000 people in Quebec, famously became a clue on Jeopardy, hung out with friends, took vacations with his wife and daughters. And if that curious guitar tone—the one that sounds like a distorted voice, sounds familiar, it’s because Vile used the same kind of pedal that his friends/idols Sonic Youth used on 1995’s “The Diamond Sea.” In April 2017, he trekked out to Indio, California, to catch the Stagecoach Festival and sit in with his friends the Sadies (“my favorite modern band”). Inspired by Willie Nelson’s epic set, Vile spent a few days in Los Angeles working with producer Rob Schnapf at his Mant Sounds studio. “He does these really cool pop things, weird versions of pop songs,” says Vile of Schnapf, who has produced albums for Beck, Elliott Smith, and Guided by Voices, among many others. The two had previously worked together on “Pretty Pimpin,” the leadoff track on b’lieve that became a number-one AAA radio hit. Months later, when a lengthy Violators tour ended in Salt Lake City, Vile let the momentum carry him further west, where he recorded several more songs with engineer/producer Shawn Everett (Alabama Shakes, the War on Drugs) at The Beer Hole in Los Angeles. The bulk of Bottle It In was bottled up at Tarquin Studios in Bridgeport, Connecticut, with Peter Katis (Interpol, the National) engineering and producing. Bottle It In captures the spontaneity of these impromptu sessions, revealing Vile as a diligent and singularly determined musician.