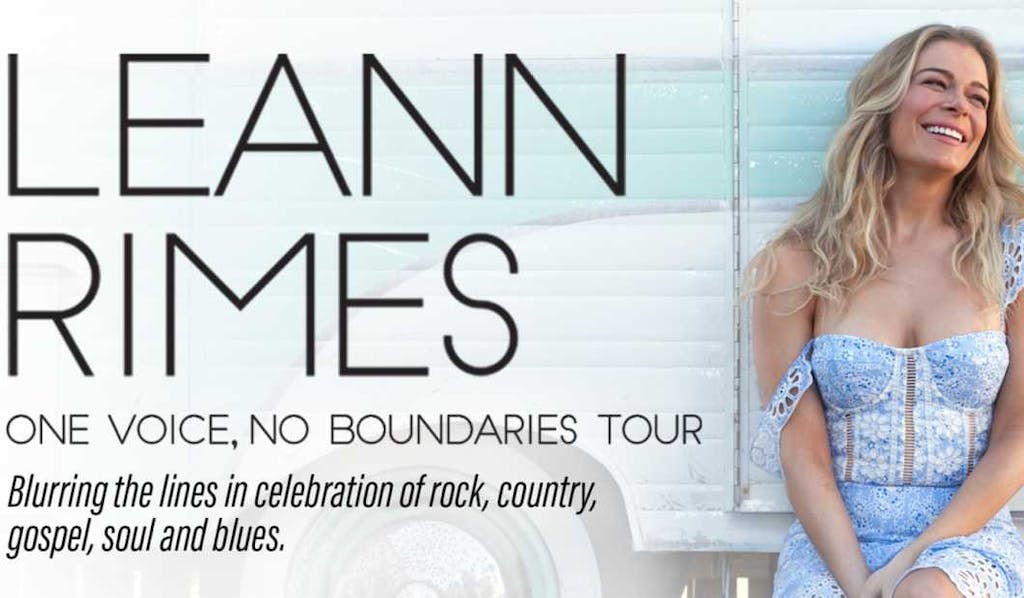 LeAnn Rimes: VIP Package (Includes All 3 Nights)…$178.50 advance tickets These VIP Packages include a special meet and greet with LeAnn on Sunday evening (only 100 available!).

LeAnn Rimes is one of the most successful entertainers with a career spanning more than two decades. With forty-four million albums sold, two GRAMMY Awards, three Academy of Country Music Awards and 12 Billboard Music Awards, she has made her mark in the world of music. Unstoppable from the age of 11, LeAnn was the youngest person to ever win a GRAMMY Award and was the first country artist to win the GRAMMY Best New Artist. She had her first national hit at age 13 with the 1996 release of Blue, which remained at the No. 1 spot on Billboard’s country albums chart for more than three months. She has had 42 singles on Billboard’s Hot Country Songs Chart and her version of “How Do I Live” is the second-longest charting song in the history of the Billboard Hot 100 chart; the smash hit “Can’t Fight the Moonlight” topped the charts in 11 countries. She had a hand in penning every song on her 2007’s release Family, which received two GRAMMY nominations. Her last album with Curb Records, Spitfire, was released in June 2013 and was immediately a critics darling, debuting at number nine on Billboard’s Top Country Album chart and number four on iTunes. An album of greatest hits dance remixes, Dance Like You Don’t Give A ….Greatest Hits Remixes, released the summer of 2014 and went to #1 on the iTunes Dance chart. LeAnn Rimes’ latest album, Remnants, was released in February 2017