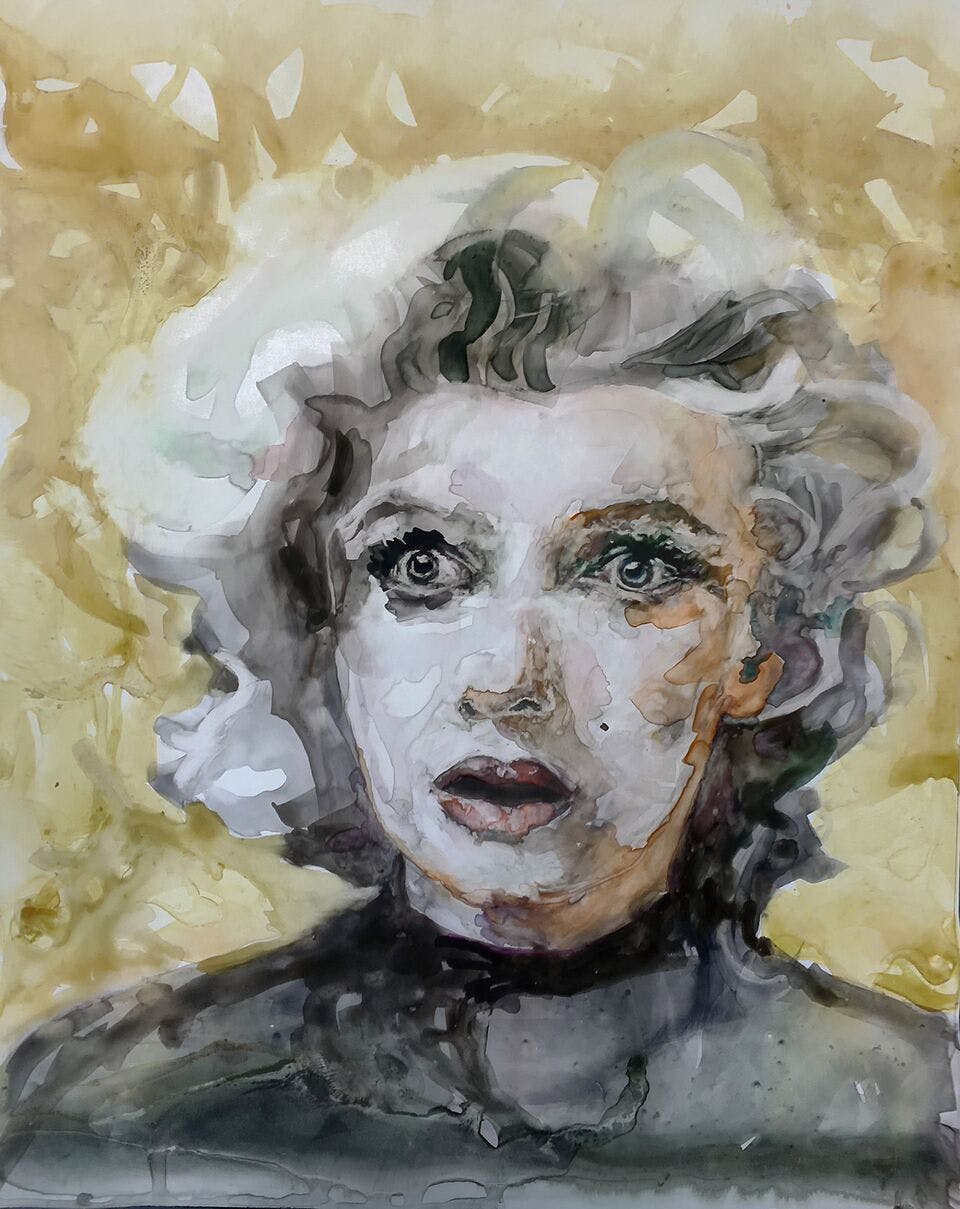 Ro2 Art is thrilled to present ‘Monster Star,’ a solo exhibition featuring new watercolor celebrity portraits by artist Patty Rooney. The show will run from November 16 through December 19, 2017. There will be an opening reception held Thursday, November 30, from 6-8 p.m. at The Magnolia Theatre’s Second Floor Bar, located in West Village at 3699 McKinney Avenue, Dallas, Texas 75204.

In her latest series, Patty Rooney creates stunningly stylized yet realistic watercolor portraits of female Hollywood Stars. Each of her subjects is considered a “monster star” either from the magnitude of her success, her role playing a monstrous character, or her reputation of being a monster to work with. The portraits sparkle with the same power and bravado that made the actresses monsters on screen. Opting out of titling each portrait by the pictured actress, Rooney instead cleverly titles each portrait with a famous quote by the actress. The quotes are acidic and sardonic in nature generally and serve to magnify the grandiose star power of the actresses.