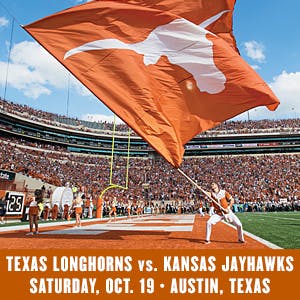 BEVO BLVD. IS BACK AND BETTER THAN EVER!

Bevo Blvd. is free for all fans; no game ticket is required! (All activities and timeline subject to change.)

The Revolution, Prince’s former band, headlines Longhorn City Limits presented by ATX Web Designs on Saturday, Oct. 19 prior to the Texas Football vs. Kansas game. Wendy Melvoin, Lisa Coleman, Bobby Z, BrownMark and Dr. Fink make up the band behind music icon Prince. With the release of “Purple Rain,” the band rose to international fame and prominence in the mid 1980s. Following the tragic passing of Prince in April 2016, The Revolution reunited to honor their fearless leader and pay tribute by playing the music they created with him. Fans can expect to hear iconic hits such as “Let’s Go Crazy,” “Purple Rain,” “1999,” “Kiss” and “When Doves Cry.”

Rounding out the Oct. 19 lineup is Austin native Emily Wolfe. Wolfe released her self-titled album earlier this year which included the singles “Rules To Bend” and “Holy Roller.” Partnering with producer Ben Tanner who is also the keyboardist for Alabama Shakes, Wolfe creates a unique sound that integrates traditional blues/rock elements with modern synths and samples.

Tickets to Texas Football games and other events are available at TexasSports.com/tickets or 512-471-3333.