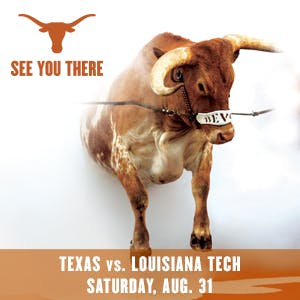 YOUR TEXAS FOOTBALL GAMEDAY EXPERIENCE IS BACK AND BETTER THAN EVER!

Following the game, fans can return to LCL for a special postgame concert by Texas’ only award-winning mashup band More Cowbell. Their fan-favorite shows combine two or more songs into seamlessly blended compositions that leave audiences laughing and dancing at the same time.