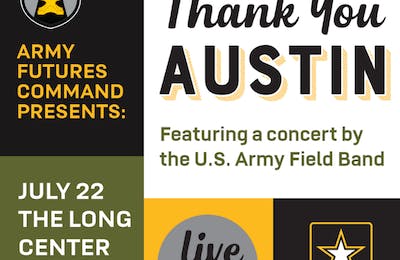 The City of Austin welcomed Army Futures Command with open arms, and to thank y’all for your Texas-sized hospitality, we’d like to invite you to Thank You, Austin!