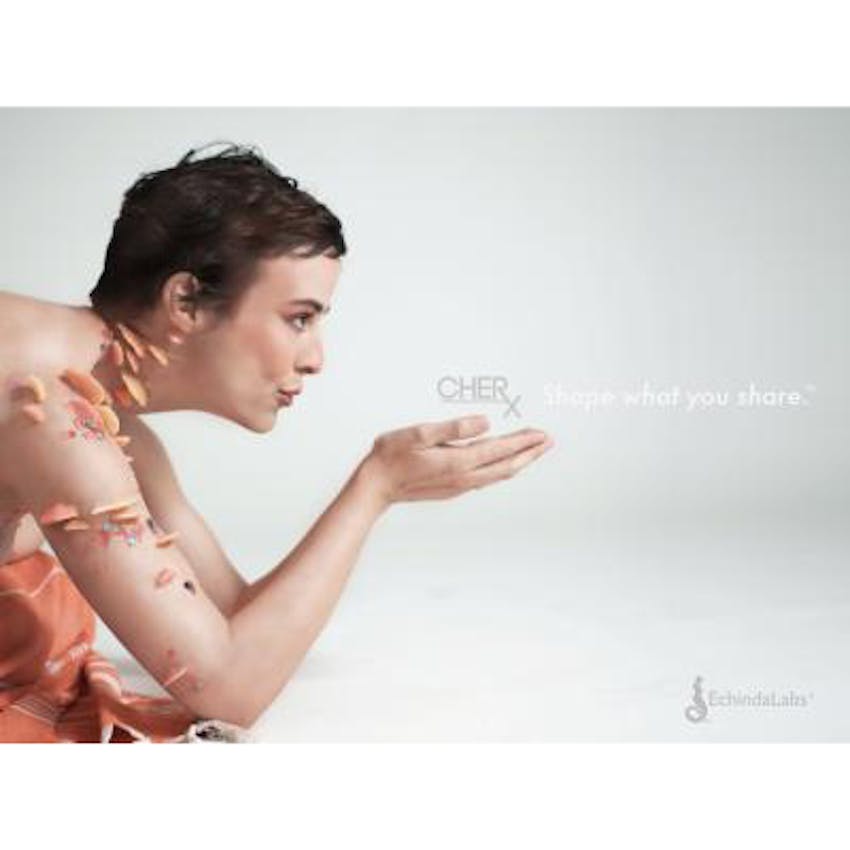 Don Bacigalupi, the 2016 UMLAUF Prize juror, is the founding president of the Lucas Museum of Narrative Art and Director of the Crystal Bridges Museum of American Art’s opening. For the 2016 UMLAUF Prize Bacigalupi selected an artist whose passion and curiosity about the future of human gene modifications spurred an art installation that is nothing short of astonishing.  Elizabeth McClellan is the owner and creator of EchindaLabs, a performance-based installation, which will be on display at the UMLAUF November 11 – January 29, 2017. Bacigalupi selected McClellan during studio tours at the University of Texas at Austin from an impressive list of art student candidates.

When museum visitors walk onto the set of EchindaLabs, they will learn about genetic skin modifications and explore the possibilities of using viral biomes to decorate the skin through a series of videos, brochures, photographs and human interaction with the “EchindaLabs receptionist.” McClellan created the experience based on the recent innovations in gene editing technology and her fascination with its implications on politics, science, and the future of our bodies.

In Bacigalupi’s juror statement he remarks, “EchindaLabs is a complex, multifaceted Gesamtkunstwerk by Elizabeth McClellan that reflects the extraordinary boundary-breaking creativity seen in some of today’s most advanced and crossdisciplinary art practices.” He adds, “the work operates in the nexus of art and medical science, a fertile territory staked out previously by artists as diverse as ORLAN and Virgil Wong. Complex ethical issues abound in the real world of rapidly advancing genome-editing technologies, and McClellan capably invites us in for consideration.”