Is it defamatory to label “lean, finely textured beef” product “pink slime”? That’s what the lawyers for Beef Products Incorporated argue in their complaint against ABC News. The South Dakota-based meat giant, which was recently forced to suspend operations at its Amarillo plant, is seeking $1.2 billion in damages from the news organization.

In its 263-page complaint, the meat processor claims that ABC News launched a “month-long vicious, concerted disinformation campaign” against their product on March 7.

“It was a prolonged attack by one of the most powerful news organizations in the world,” the complaint states, perhaps dramatically. “Through a series of factual misstatements, repeated continuously during the campaign, Defendants knowingly misled the public into believing that LFTB was not beef at all, but rather was an unhealthy ‘pink slime’ ‘hidden’ in ground beef as part of an ‘economic fraud’ masterminded by BPI.”

ABC reporters and anchors used the phrase “pink slime” to refer to the meat product some 135 times, according to the complaint. “There is not a more offensive way of describing a food product than to call it ‘slime,’ which is a noxious, repulsive, and filthy fluid not safe for human consumption,” the complaint states.

(It is worth noting that the meat product now known as “lean finely textured beef” has had some other unappealing official names over the years, including “partially defatted chopped beef” and “fat reduced beef.”)

The company maintains its product is a “a safe, nutritious beef that has lowered the cost of lean ground beef sold to consumers for nearly 20 years.” As a result of unfavorable news coverage, BPI saw its sales of this beef product drop from five million pounds per week to two million, forcing the company to shutter three of its four processing facilities and laid off 700 of its 1,300 employees, the filing claims.

“The lawsuit is without merit,” Jeffrey Schneider, Senior Vice President of ABC News, said Thursday. “We will contest it vigorously.”

The product, ABC reported Thursday is “made of beef trimmings that are heated and spritzed with ammonia gas to kill bacteria. Blending in the product can reduce the price of ground beef. The USDA says that the product is safe to eat and reduces the overall fat content of beef products.”

Besides ABC News Inc., some other defendants named in the lawsuit include Diane Sawyer, two ABC correspondents, the USDA microbiologist who gave the product the nickname “pink slime,” and a former manager at BPI.

The case also leans heavily on definitions. Such as slime:

Defendants used the phrase “pink slime” to create a consumer backlash against BPI and lean finely textured beef. “Slime” is defined as: “[a] moist, soft, and slippery substance, typically regarded as repulsive” by OXFORD DICTIONARY; “[m]oist or sticky matter considered filthy or disgusting” by COLLINS DICTIONARY; “[v]ile or disgusting matter” by the AMERICAN HERITAGE DICTIONARY; “[a] viscous, glutinous, or gelatinous substance” by MERRIAM-WEBSTER DICTIONARY; and “any ropy or viscous liquid matter, especially of a foul kind” or “any moist viscous fluid, esp when noxious or unpleasant” by DICTIONARY.COM.

Lean finely textured beef is not made with “waste” or “scraps.” Waste is an “unusable or unwanted substance. See OXFORD DICTIONARY. It is material that has been “rejected as useless or worthless.” See DICTIONARY.COM. Scraps are “discarded waste material” See AMERICAN HERITAGE DICTIONARY. The beef trimming used by BPI were not useless and unwanted. The beef trimmings used by BPI are used by beef processors in a variety of products, including consumable products.

“Meat” and “beef,” and “gelatin” are also defined in the complaint. 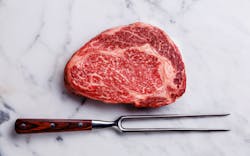 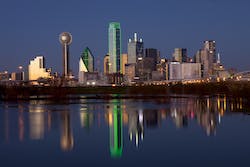 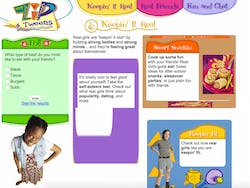 Are You Ready For the Texas Beef Industry’s Totally Hip Ad Campaign Aimed at Cool Teens?