Texans are a thirsty bunch. Sam Houston was such a lush while living among the Cherokees that he reportedly earned the nickname “Big Drunk.” Time has done nothing to quench our craving. In any given month we pour back as much as sixty million gallons or so of wine, beer, and distilled spirits— enough to fill almost a hundred Olympic pools. As recently as a decade ago, nearly all that alcohol was trucked in from out of state. But something crafty is happening: brewers and distillers are now taking our fruits and grains and creating beverages that capture the essence of Texas.

The liquid revolution that’s followed the new laws is truly buzz-worthy: Texas’s craft breweries and brewpubs annually produce roughly 1.7 gallons of beer for every Texan 21 years or older. In 2014 Texas’s microbrews—including wild yeast sours, German-style hefeweizens, and extra special bitter ales—bagged sixteen medals at the all-important Great American Beer Festival. Just as inventive, the state’s more than sixty distillers are making everything from gin to apricot brandy. And our ambitious bartenders are spinning these spirits into salty, sour, and sweet cocktails that take the edge off Texas’s tempestuous weather.

But don’t forget the wine. That industry, as a Texpat-turned-California-wine-snob notes, has matured after an awkward adolescence. More than 350 wineries now span our great state. The High Plains has more in common with California’s Napa Valley than you might imagine and is home to roughly 85 percent of our vineyards. The area’s peanut and cotton farmers, often plagued by drought, didn’t think twice before turning their fields over to warm-weather grapes, many of which take a three-hundred-mile journey down to the Hill Country to be pressed into bold reds, crisp whites, and refreshing rosés. It’s probably not the process that the Franciscan friars employed when they established North America’s first vineyard in Texas, back in 1662, but today’s Texas wine goes much better with barbecue.

So forget that foreign stuff; Texas now has all the booze that’s fit to print. Sam Houston would certainly toast to that. 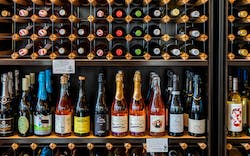 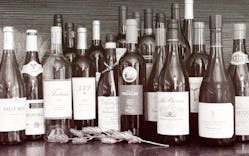 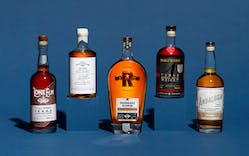 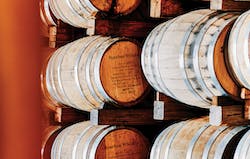