When the company formerly known as Dublin Dr Pepper became Dublin Bottling Works on January 11, putting an end to its historic, signature soda, there was some consolation in the fact that the small family business would continue bottling another another beloved Texas soft drink using natural cane sugar.

As Robert Wilonsky of the Dallas Observer first reported, Dublin Bottling Works has lost the right to bottle Big Red too.

According to Jane Pratt of the Abilene Reporter-News:

As with Dublin Dr Pepper, it apparently happened both because the soda’s corporate mothership now makes its own version without corn syrup (Retro Big Red) and because the Dublin bottler was prohibited by its contract from distributing its small-batch product outside of a six-county region.

But according to Greg Janda of NBCDFW.com, Dublin never had the rights to sell Big Red in North Texas.

The bottler that does? Dr Pepper/Snapple, which also owns a minority share in Austin-based, privately-held Big Red.

Big Red CEO Gary Smith would not comment to Wilonsky, deferring to Dr Pepper/Snapple (which in turn suggested that Wilonsky talk to Smith). Kloster also had no comment.

That left Maple and Motor’s Perkins, who told Wilonsky, “Big Red is surging, and the cane-sugar Big Red, since I’ve had it, is selling better than the regular Big Red. So I’m disappointed.”

You can read Brian D. Sweany’s obituary for Dublin Dr Pepper from the March issue of TEXAS MONTHLY  here. 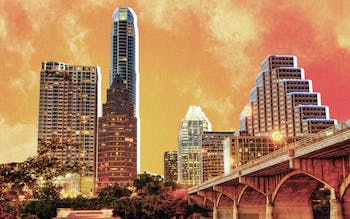