Early in my phone conversation with Bill Koch about a court battle he’s been waging over a beef deal gone bad, he made a comment that he often makes when discussing his many legal dustups. “I have a thing about being cheated that boils my blood,” he said. Then, veering from the conversation at hand, he added, “I don’t know if you know about my wine crusades . . .”

Ah, yes, the wine. In the late eighties Koch paid $500,000 for four bottles of a 1787 Bordeaux that had allegedly belonged to Thomas Jefferson. Many years later, in 2005, he learned that Jefferson had never owned the wine; it was worthless. The revelation prompted Koch to reexamine all 43,000 bottles in his collection, and he discovered that more than 200 of them were fakes. Incensed, he sued his wine dealer and led a global campaign to expose wine forgeries, which cost him some $25 million of his $2 billion fortune.

Bill Koch is, among other things, a considerably less famous sibling of America’s most famous billionaire brothers. His fraternal twin, David, and his older brother Charles give hundreds of millions of dollars to conservative political causes and run Koch Industries, the second-biggest private company in the country, with interests in everything from oil to paper towels. Koch Industries was founded by their father, Fred, a native of Quanah who attended Rice and got his start at the Port Arthur–based Texas Company (later known as Texaco) before moving to Kansas and starting his namesake company. But where David and Charles have gone all in on the family business, Bill sold his stake in 1983, set up his own energy company, and then spent years suing his brothers for allegedly paying him too little for his share. The suits were settled in 2001, but the brothers remain estranged.

Koch’s latest battle is a dispute with HeartBrand Beef, a ranch near Harwood that raises a rare strain of Japanese cattle known as Akaushi. Six years ago, Koch contracted with HeartBrand to raise some of its cattle on his own land, but the deal quickly soured and recently ended up in court. When I first asked Koch about the dispute, he dismissed it as “a relatively small deal,” although the longer we talked the clearer it became that his blood still simmers over it. “They just want us to pay them a hell of a lot of money,” Koch said.

The story began in 2010, when Koch decided to raise cattle on his ranch in Colorado. He told his ranch manager to find the cattle with the tastiest meat, which led him to HeartBrand. If you’re a foodie, you’ve probably heard of wagyu beef, a term applied to high-grade Japanese meat that is most commonly associated with Kobe steaks. Akaushi is essentially a premium grade of wagyu, the culmination of more than one hundred years of careful breeding overseen by the Japanese government.

Akaushi cattle were never supposed to leave Japan, but thanks to a loophole in a 1992 U.S.-Japanese trade agreement, an American exporter named Al Woods purchased eight Akaushi cows and three bulls in 1994 and flew them to New York on a specially outfitted 747 jet. (The loophole was quickly closed, and no more Akaushi left Japan.) Soon after importing the animals, Woods sold them to a genetic scientist, Antonio Calles, and a group of investors, who moved them to Texas to study the beef’s health benefits. Calles initiated an ambitious breeding program, using surrogate cows to accelerate the process without compromising the cattle’s DNA. In 2006 he sold the herd, which by that point numbered around one thousand, to Ronald Beeman, a rancher who was also in the meatpacking business. Today, his family’s company, HeartBrand, owns about four thousand head of full-blood Akaushi and thousands more that are 50 percent Akaushi.

Beeman’s son Jordan, who now runs the business with his father, looks the part of a cattle rancher: tall and lanky with a shock of black hair. As we drove around his ranch one day in November, he explained that HeartBrand has always focused on building the herd, rather than selling off as much meat as possible. “It’s a slow, capital-intensive business—like making wine,” he said. The Akaushi that roam his land are sleeker than most of the cattle you’ve likely seen, because much of the fat is in their meat rather than between their skin and muscle, as it is in American breeds.

HeartBrand slaughters about 160 cattle a week. That’s up from about 10 six years ago, but even so it’s not enough to keep up with demand. So for the past eight years the company has sold cattle to other ranchers, in hopes of expanding the Akaushi brand. There are now roughly 14,000 Akaushi in the United States.

To maintain the line’s genetic purity, HeartBrand requires ranchers to register any offspring with the American Akaushi Association, which the Beemans established to track the breed through DNA testing. The ranchers must also sign a contract that prohibits them from selling full-blood Akaushi animals to anyone other than HeartBrand or other AAA members. And though ranchers can sell the cattle for meat, HeartBrand prohibits them from marketing the beef as Akaushi. This is, the Beemans say, designed to protect the brand, since there’s no guarantee that other ranchers will raise their cattle as carefully as they do. (It should be noted that HeartBrand markets the meat from its thousands of half-blood cattle as Akaushi.) But the policy also reduces the amount that ranchers can get at auction.

U.S. beef falls into three grades: select, choice, and, the highest grade, prime. Any given carcass produces only so many prime cuts—usually about 3 percent of the animal. By contrast, more than 90 percent of each Akaushi carcass is graded as prime. “Prime beef is really hard to make,” said Austin Brown, who has been raising Akaushi on his ranch near Beeville for about seven years. “These cows make it naturally.” Akaushi beef is heavily marbled throughout the muscle, so the meat is especially flavorful and tender. It’s healthier too, with more monounsaturated fat than saturated fat and a high proportion of oleic acid, the “good” fat found in olive oil. “It’s amazingly high,” said Stephen Smith, a professor of animal science at Texas A&M. Smith has conducted two studies of Akaushi beef and has found that it actually raises good cholesterol.

Because Akaushi meat is delicious and nutritious, the Beemans see it as a means to revolutionize the beef industry, which has been going through a rough patch. Droughts in 2011 and 2012 forced ranchers to reduce their herds, driving up beef prices. Cattle futures then hit an all-time high in 2014, which encouraged ranchers to rebuild their herds. That has meant more cattle coming to market, even as consumers have begun buying more chicken and pork. As a result, prices fell. By late last year beef futures were down more than 20 percent from 2014. Premium products like Akaushi are one way to reduce these market fluctuations—and make more money off the people who never stopped buying beef.

At the moment, though, HeartBrand isn’t producing enough meat to influence the market. And what it does sell is pricey—a 14-ounce ribeye costs $50 if you order it from HeartBrand’s website, $10 to $20 more than most prime ribeyes. Jordan said those numbers will come down as more people buy Akaushi beef and economies of scale lower the premium, but that’s still a long way off.

To make all of this work—eventually—HeartBrand has to keep the Akaushi line pure, which means strictly enforcing those contracts with other ranchers. Bill Koch signed one such contract in 2010 when he bought 424 cattle from HeartBrand for about $2.4 million. Later, he bought 514 more for another $2.5 million. Today, his herd stands at about 3,300 head.

“I thought it would be fun to have a little business where I could sell the best beef in the world,” Koch told me. He had planned to sell the meat over the Internet and keep some to serve to family and friends. However, soon after signing the contract he found himself bristling at its terms—especially the prohibition on marketing the meat as Akaushi, the requirement that he pay for DNA testing, and the stipulation that he could sell the animals to no one but HeartBrand and other AAA members. “That gave HeartBrand a pricing advantage,” he said. “Since they were the only market, they could pay very little.” Koch’s contract stipulated that HeartBrand would buy 500-pound calves from him for $800 and 1,500-pound animals for $1,800, prices that Koch regards as too low—though HeartBrand would pay considerably more, as much as $15,000, for particularly desirable animals. (While two other recent lawsuits also question the prices HeartBrand is paying for offspring, other producers I spoke with said they were happy with the system.)

For their part, the Beemans say Koch wanted to create his own Akaushi business to compete with theirs. “He agreed to participate in the program,” Ronald said. “He knew that to get the cattle, he had to sign the contract. But he didn’t honor the contract.” In 2012 Koch filed suit, accusing HeartBrand of violating antitrust laws. HeartBrand countersued, accusing Koch of fraud and breach of contract for refusing to submit his herd to DNA testing.

The case went to trial in federal court in Victoria in May 2014 and took about a week, during which time jurors heard testimony from Koch that included a discourse on his affinity for collecting “Western ephemera—Western paintings, Western guns, Western clothes, Western furniture, Western artifacts, saddles.” Jurors weren’t swayed by his arguments or his folksy demeanor. After deliberating for about half a day, they found that Koch had violated the HeartBrand contract and ordered him to pay $23 million in damages. The verdict, however, was advisory, meaning the judge could alter it. Koch, unsurprisingly, asked federal judge Gregg Costa to reverse the jury’s findings. Instead, Costa granted a one-day hearing for both sides to present additional evidence. Then, last September, he reduced the damages to $1.8 million and ordered Koch to sell about 1,500 cattle back to HeartBrand; he also gave HeartBrand the option to buy back another 1,500 or so.

The case could have ended there. But Koch isn’t willing to let things go. In the months since the decision, the two parties haven’t been able to agree on how the buyback price should be calculated, which means that, too, is in the judge’s hands.

In the meantime, HeartBrand’s growth plans are stalled, because the precise terms of the dispute’s resolution could determine the nature of future contracts. “It’s enormously burdensome to a company the size of HeartBrand,” said Jason Powers, the company’s lawyer. What’s particularly frustrating for HeartBrand about this whole episode is that Koch is exactly the sort of high-profile investor it needs to bring more attention to the Akaushi breed. Instead, Ronald Beeman said, “it’s taken a lot of our resources, and a lot of our time.” If Bill Koch’s blood keeps boiling, it could take even more. 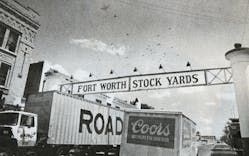 The End of the Trail