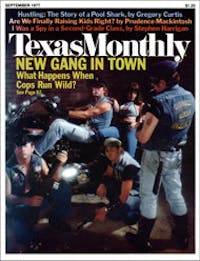 At bottom human existence is and ever has been quite gory, even if you leave out wars and feuds and duels and murders and other forms of intra-species violence. The main shed blood has been that of man’s fellow creatures, and its flow has been steady and copious; in a sense we have floated on it from where we once were to wherever it is we are now. The by-products of this slaughter—leather, fur, sinew, bone, horn, and all that—have been integral to our voyage all the way down to the Age of Plastics, while the main thing sought—meat—has been so central to our well-being that few of us can think of good food without it.

There is no more basic element in old human experience than the killing of other species of animals for their flesh. The proof is in the eating. Most people like to set their teeth in animal protein, and if a good many of them in the world don’t get to eat it very often that is not so much through preference but because meat and fish and fowl, being in prime demand and a few notches up the food chain, are costly. And every piece that shows up on a dinner table sits there in lucid testimony that some creature died at somebody’s hands for the dinner’s benefit and delectation.

There are still parts of the world, most of them distant from most of us, where people depend in the oldest way on wild meat harvested in wild places. Elsewhere the bloodshed is as heavy as it was among Comanches and Zulus and skin-clad Ice Age Europeans, but it involves mainly domesticated beasts. And for urban moderns, save the relative few who go out hunting and fishing, killing has been pretty much removed from sight. Our butchers seldom slaughter anything anymore, that function having been taken over by packing houses that ship out carcasses to be cut up for sale. Except in small towns, the backyard flocks of chickens that used to furnish part of a neighborhood’s morning symphony as well as part of its food have vanished, as have goats and the hutches of Belgian hares that people here and there throughout the suburbs used to raise to eat. One of my own early recollections of meat killing involved a man down our street who strung up the young male hares on a fence by their hind legs and gave the coup with a chop of his hand to their napes; some squalled before he whacked them, most piteously to ears that had lately absorbed a reading of Peter Rabbit…

There is a general feeling among Peter Rabbit readers as well as others, I suppose, that by removing ourselves from animals we have attained a higher level of existence. Meat creatures with their manure and noises and ailments and the details of their demise and dismemberment have been banished, along with other troublesome basics, such as sewage and old folks and the laying out of corpses, to an invisible realm of “out there.” And through the paper dollar’s purchasing power we move ever nearer to that aseptic world shown in TV commercials where happiness dwells in aerosol bombs and panty-hose eggs, food comes precooked on a tray, few people seem to age except into gently beaming dentured grandparents, and bathrooms as well as armpits smell sweet.

All this has affected county life too, of course, but probably less in terms of food than in other ways. The country raises food for sale and eats some of what it raises. Here in Texas, most country places are at least partly dedicated to the nurture of meat animals, and meat-eating countymen take advantage of that fact, often doing some or all the work involved in getting creatures from pasture to pen to skillet. In the general absence of help, not many of us slaughter beeves anymore, for a thousand-pound steer spraddled dead on the ground is a large, daunting hunk to have to deal with. Instead, when such a beast is fat enough to suit us, we trailer him to a small-town locker plant to be expertly (sometimes) killed and aged and cut up and frozen. Most swine go this route now too, though the happy and ancient ritual of wintertime hog killing by large families or cooperating neighbors, with its several squealing victims and its hoists and barrels of simmering scald water and scrapers and knives and guts tubs and ash-roasted spleens and draughts of warming whiskey, is not yet entirely defunct among true countrymen.

Such hog butchering is necessarily a group job, and individual members of a group that have been doing it together over the years tend to get reputations as especially good stickers or carcass splitters or whatnot. One friend of mine had an uncle who drank so much on these occasions that he wasn’t allowed to do anything but hold a washtub to catch the entrails as they plopped out when the belly was slit, and he wasn’t much good even at that. “Now?” he would insist, barging in among the flashing knives with his tub and making the pendant carcass swing. “Not yet,” they would say and elbow him aside, only to be assaulted again a moment later: “NOW?” And as often as not some innards would spill on the ground when he did get to try to catch them.

These matters are not for the squeamish, who are numerous enough nowadays that even much small livestock intended for home consumption—lambs and the kids and veal calves and such and more rarely poultry—is carted off to locker plants to meet its fate out of sight. Nearly all of us shirk the job thus on occasion, either because time presses or for less valid reasons. A big pet wether goat that has turned mean, for instance, needs to be disposed of and has some good meat on him, since he has been gobbling grain and other richness all his life. But he is referred to by an affectionate name and was bottle-fed at the house as a kid, and even if you can nerve yourself to butcher him on the place some members of your family are going to be queasy about his meat upon the table.

Usually queasy, that is. A fellow I know had a goat so obnoxious that nobody in the family could go outside without a good stick in hand. He hired a man to do the killing, not wanting to face it himself. After the goat had been tethered beneath an oak limb for hoisting after slaughter and the moment of truth was nigh, he shooed his children indoors to avoid traumatization. But when the knife went in, they were all peeking out of windows and broke into exuberant cheers; the buttings they had received from old Whiskers had long since wiped out affection, and the throat cutting represented nothing to them but solid overdue revenge. They ate him with pleasure, too.

Sometimes to get around a problem of sentimentality and revulsion you can work out a swap with somebody else who has a spoiled pet on hand, these being numerous and mostly goats. Or you can grind yours into sausage after slaughter—goat meat mixed with pork fat and seasoned right makes up as well as venison, maybe better, and the nature of sausage is such to deflect most feelings but appetite, as witness the popularity of the common weenie among consumers young and old who think they wouldn’t be caught dead eating the snouts, lips, navels, and other delicate components that go into this democratic wurst.

Pets excepted, there is a good bit of solid satisfaction in butchering an animal raised on your own place and turning it into honest meat for yourself and your family and friends. The satisfaction has nothing to do with a “love of killing.” In my life I have come across a few twisted killer-macho types who seemed to get their kicks that way, either at hunting or with tame beasts, and after discerning this I have stayed good and clear of them. You do the killing as quickly and cleanly as you can, because it is there to do, and you swing the beast up in the air with a gambrel stick lodged between its hind legs, and then with honed, shapely knives you get on with the gutting and skinning and cutting up, and the satisfaction lies in the fact that you are engaged in the very ancient and honorable occupation of providing meat—being able to do it and knowing how and facing all the implications that eating flesh entails.

Oddly, or maybe not, even with something as small and simple to handle as a suckling cabrito, it is good to have company with you, and I speak as a usual loner. This isn’t a matter of sharing guilt but is ancient too, I suspect, tied in with old tribal ways of sharing out the spoils of a hunt. For hunting—though as a subject it constitutes a bottle of worms that I don’t intend to uncork just now—is the original activity on which all this meat-getting is patterned, and in its convivial aftermath when quail are being plucked and gutted or deer are being dressed, there is for me much the same feeling that I have known, for instance, at oldtime, happy, loud, country hog butcherings. Now and then I have been invited to places where after a hunt the game was turned over to hirelings to be processed, and I have invariably felt cheated of a part of what the day had to offer, the pleasure of a job fully done.

It is, I grant, not a pleasure that everyone seems built to enjoy, and I don’t suppose there’s anything wrong with that. But insofar as I worry about the morality of such things, I see nothing wrong with the pleasure itself, at least if the person in question eats meat. Toward conscientious vegetarians I feel much respect, though I am not shaped to share their taboos. But to my fellow carnivores I would suggest that there is a good strong dose of honesty and philosophical completeness in occasional full knowledge of just what eating meat means, and I don’t believe that dose is obtainable wrapped in plastic film in a supermarket bin. 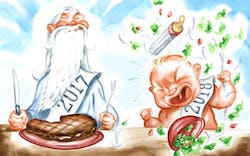 The Texanist: Should I Go Vegetarian for the New Year?

Richard Linklater Thinks You Should Be a Vegetarian