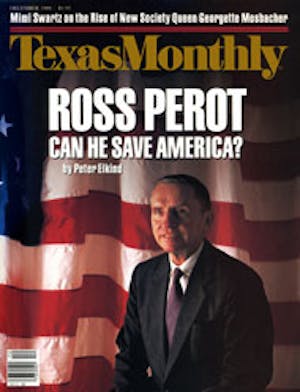 New Year’s Eve inspires people to do things more exuberantly than they would the rest of the year. With that in mind, Galveston restaurateur and caterer Zan Millner has prepared a spread with the right combination of frivolity and sustenance to fuel a late-night party and herald the new year.

“I decided to emphasize the color and diversity of the food. New Year’s Eve has a charged atmosphere of its own. You don’t need gimmicks. I believe food should be honest, unintimidating, and above all, it should taste good,” says Millner, who moved to Galveston from Houston, where he worked with noted caterer Kay Kahle for five years. Before that, he plied his trade as a chef at Houston’s Warwick hotel, at an inn on the Greek island of Corfu, and on several private yachts roaming the Mediterranean.

Surveying his client’s Euro-driven penthouse, Millner has selected glass-top tables for his food displays. One table is then set with the pastel shades of a cheese soufflé and subtle carrot and beet pâtés accented with swirls of Chinese-mustard-and-honey sauce. The other table is laden with sweets: chocolate and white chocolate fondue in chafing dishes surrounded by mounds of strawberries and oranges for dipping.

More of the food is in motion – waiters circulate among the guests with trays of hot fare, including refreshing radicchio-wrapped packets of blanched vegetables lightly tossed in vinaigrette, quail eggs stuffed with caviar, and rolled smoked salmon filled with dilled cream cheese and hearts of palm. Another party protein source is the Italian puffs, made of pâte à chou stuffed with mild Italian sausage and Alfredo sauce.

Finally, with the Gulf a scant five blocks away, indigenous seafood seems in order. Plump shrimp are grilled and basted with pesto. Once plucked from the fire, they are wrapped in a fresh basil leaf.

Coronelle (a cocktail of champagne, vodka, and lemon ice)