For as long as I can remember, the middle shelf of our fridge has been occupied by large stainless-steel containers of my dad’s homemade yogurt. He started making yogurt back in the nineties, when my family first moved from New Hampshire to Texas, and he has been propagating the same yogurt starter ever since. I have never had yogurt as good as my dad’s. I am no food scientist, but I’d like to think that with every batch, the yogurt has improved, gotten silkier, thicker, and more pleasantly tart. We, like many other South Asians, eat yogurt with most meals. It’s a cooling, refreshing counterpart to the spices in the dishes.

When I got my first apartment in New York, I didn’t have time to make my own yogurt every week, but I did make sure to always have a tub in my fridge. Now that I’m back home in Dallas, with limitless supplies of yogurt, I’ve realized just how handy it is as an ingredient during quarantine. I am eating yogurt at all hours of the day. I sprinkle some flax seeds and blueberries into it around breakfast time, and I have a bowl with chocolate chips for a snack. Yogurt is the tangy base for dahi ke aloo, a broth-y potato soup, and kadhi, a souplike dish eaten over rice that gets its silky texture from the combination of yogurt and chickpea flour. The other week, when we barely had anything in the fridge, we made dahi toast, yogurt mixed with onions, chiles, and cilantro that’s sandwiched between sourdough bread and griddled. We ate it with ketchup, like a grilled cheese. I imagine that as the weather gets hotter, we’ll make a lot of lassi, a yogurt drink that can be made both sweet or savory (I’m partial to the savory version, with curry leaves and cilantro and chiles).

The beauty of yogurt—aside from the fact that it will last awhile in your fridge—is that it’s the kind of ingredient that can be whatever you need it to be. I’ve always felt that yogurt companies in America have never fully embraced this trait; they promote their product as more of a breakfast or snack food. But now’s the time to find new uses for that tub of plain yogurt (a tip: skip the flavored yogurt; the pure version is the most versatile). Throw it into your tea-cake batter for extra moisture! Mix it with chopped herbs, salt, and tempered spices as a sauce for roasted vegetables! Combine it with rice and salt and make the easiest dinner ever—yogurt rice. When I have a tub of yogurt in my fridge, homemade or not, I’m never worried about being able to throw a meal together fast.

I also want to put in a strong letter of recommendation for making your own yogurt. There’s no better time than now. It’s much easier to cultivate a yogurt starter than a sourdough starter, and homemade yogurt tastes so much better than the store-bought stuff. I’ve derived a lot of comfort over the past few weeks watching my dad go through his yogurt-making process—how he stares at the milk like a hawk, waiting for the moment just when it boils but before it spills over the sides; how he meticulously stirs the starter into the hot milk to make sure it’s fully incorporated; how he unveils the finished yogurt with a huge grin on his face, like a magician in the final stage of an act. I don’t know when I’m going to be back in my apartment in Brooklyn. But I’ve resolved that one of the first things I’m going to do is unearth the starter my dad put in my fridge on his last visit, and make a batch of yogurt. Below is the recipe for my father’s yogurt, which I published in my cookbook, Indian-ish, last year. 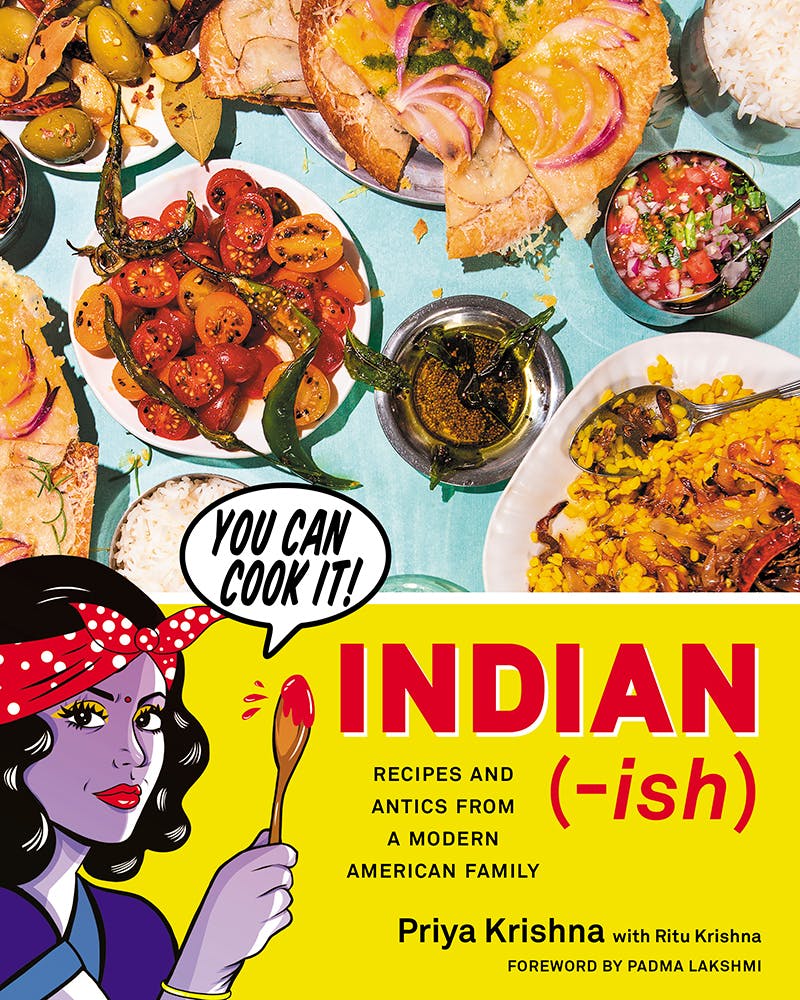 I could probably write a separate book on my dad’s yogurt. Actually, my dad should probably write that book, because the guy knows more about coagulated milk solids than any human ever should. He’s been making yogurt for decades, using a yogurt culture that’s more than thirty years old (you can freeze leftover yogurt and use it many moons later as a culture). And though cooking websites may tell you that you need special machines and containers to make yogurt, all you really need are a sturdy pot and a clean index finger (more on that soon). And the coolest part about homemade yogurt is how it evolves and improves over time, since you can use one batch of yogurt as the culture for the next one. Your first batch will taste pretty much exactly like the first yogurt culture you use. But your fifth batch may turn out even richer, creamier, and tangier. My dad’s yogurt culture is essentially his third child, whom he has raised to be smooth, slightly sweet, and pleasantly chunky. It never talks back or complains about the fact that he drives too slowly. You, too, can raise a yogurt child of your own! You’ll never go back to the store-bought stuff again. Note: Choose your favorite brand of yogurt, as that’s essentially what you’ll be replicating—just make sure it has active cultures as an ingredient.

Tip: Want Greek-style yogurt? Line a colander with cheesecloth or overlapping coffee filters and set it over a bowl or deep plate. Pour in the finished yogurt and refrigerate overnight to allow the whey to drain out and the yogurt to thicken.

DAD’S YOGURT is excerpted from Indian-ish © 2019 by Priya Krishna with Ritu Krishna. Photography © 2019 by Mackenzie Kelley. Reproduced by permission of Houghton Mifflin Harcourt. All rights reserved.