We’ve all had our moments of insanity during these past two months of lockdown. Mine came the other night, when I shaved off the beard I’ve worn for nine years. The sudden reveal freaked out my eight-year-old daughter, who has only known a bearded father. “Where’s my daddy?!” she cried. It was an ill-advised move on my part. Any bit of normalcy can help ease the pain nowadays. One of those things in my life is good beer.

The World Health Organization recently suggested limiting your alcohol consumption during the pandemic. Alcohol compromises the body’s immune system, which is obviously not great right now, but I bet none of these experts have been sheltering in place with their in-laws and two young children for the past eight weeks. That’s the situation I find myself in, and I think a responsible amount of craft beer can’t hurt too much. I also feel obligated to support Texas’s struggling breweries.

Like so many in the hospitality industry, the Texas craft beer world has been hit hard by COVID-19. Members of the Texas Craft Brewers Guild have seen an average revenue decrease of 71 percent; 63 percent of member breweries have had to lay off or furlough employees. Breweries and brewpubs have adapted by shifting to takeout, and luckily grocery stores, gas stations, and liquor stores are open to keep packaged beer moving. But there’s no denying that with bars and most restaurant dining rooms still closed, everyone is hurting.

Breweries and industry groups have pulled together to come up with remarkably creative solutions. The Texas Craft Brewers Guild organized the Great Texas Beer Run to boost sales on curbside and drive-through orders. From April 23 to 26, the group encouraged fans to load up on beer from local and independent breweries around the state and share photos of their hauls on social media. In Austin, St. Elmo and Austin Beerworks pulled off a virtual collaboration, using FaceTime to plan and brew their own versions of a hazy pale ale. St. Elmo’s interpretation was called Air Five, and Austin Beerworks’ was No Touching (both promptly sold out). Many other ingenious projects are happening in Dallas, where Peticolas Brewing welcomed customers for virtual tours and game nights via Zoom, and in Houston, where Sigma Brewing and Urban South HTX both created beers that benefit the Southern Smoke Foundation.

Breweries have also continued releasing new beers. This month, Jester King Brewery in the Hill Country released Entombment, a beer and bochet mead hybrid aged in Balcones whiskey barrels, and brought back an old favorite, Beer Geek Rodeo, in cans for the first time. All of these actions and more were taken to keep interest alive and fans gathering (safely) to purchase product. A few brewpubs are even starting to open their dining rooms with limited capacity for dining, like Freetail Brewing in San Antonio.

As awesome as all this is, it doesn’t help me much—I’ve been sheltering with family in Brownsville, where the craft beer scene is pretty limited. Before I left our home in Austin, I grabbed some crowlers from Austin Beerworks, Oddwood Ales, and Southern Heights Brewing Co. Those went fast. “You should’ve bought a keg,” my father-in-law said. I’m not sure if he was joking, but I put it on my to-do list for the next pandemic. After that, we were stuck with whatever we had in the house until our next grocery run. This consisted of Dos Equis and random wine bottles left over from Christmas.

Luckily I’ve been able to find some decent Texas craft beer, mostly from Real Ale and Saint Arnold. In fact, the best beer I’ve had down here was a fresh six-pack of Saint Arnold’s Juicy IPA. Also in rotation have been some of the national big boys like Lagunitas, New Belgium, and Sierra Nevada. And I cannot tell a lie, I’ve had my share of Karbach, Modelo, Stella, and Coors. Take my craft card away if you like, but they are pretty good next to the pool.

While I miss visiting brewpubs and taprooms, one tradition I’ve been able to maintain during lockdown is Dad Night. Pre-COVID, our group of five to eight dads would get together every Thursday at a local brewery or bar to gossip about the beer industry, drink old favorites, and sample new brews. Now we meet on Zoom. There’s less industry chatter and more discussions about groceries and the intricacies of home schooling. Without the factor of drinking outside of the house, we inevitably end up indulging too much. Fortunately for us, we all work from home now, so Friday mornings after Dad Night are extremely business casual.

A pint of draught beer is one of the things I’m most looking forward to when this is all over. I’ve had dreams of drinking mugs of Industry Pils in the shade of the ABGB’s beer garden. But for now, I’m happy to sit poolside sipping iced Dos Equis with mi suegra.

Texas beers mentioned in this story: 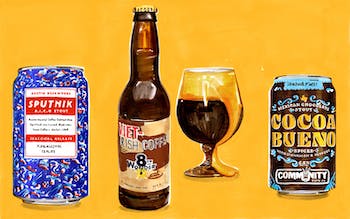 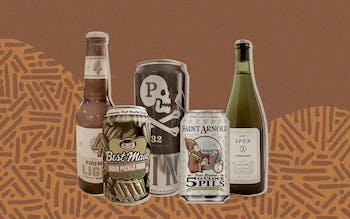 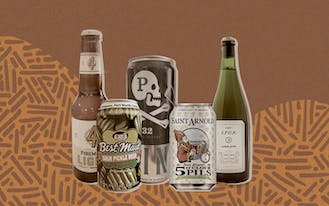 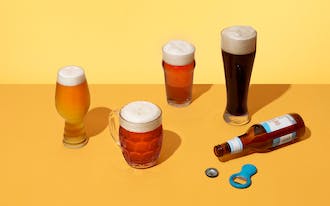 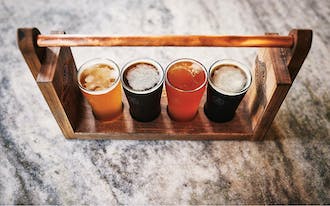 Here’s to the Texas Brewpub