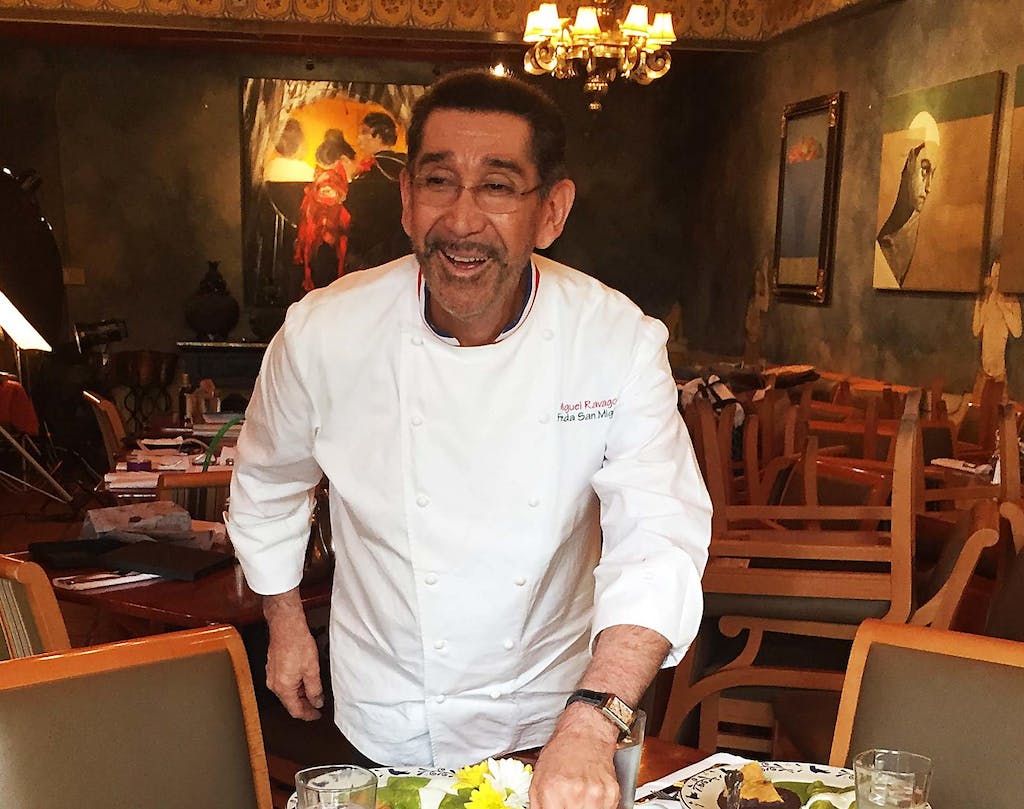 Not many restaurants change the course of local culinary history; not many endure for four decades. Fonda San Miguel, in Austin, has done both. That success was in large part because of the inspirational and groundbreaking leadership of its founding chef, Miguel Ravago, who died of cancer on June 24 at the age of 72.

He will be remembered for his role in introducing Texans to the cuisine of Mexico’s interior, daring to serve sophisticated dishes at a time when yellow-cheese enchiladas and crispy tacos filled with hamburger meat were the statewide norm for Mexican food. He rejected the notion that Mexican food should be simple and cheap, insisting that its complexities rivaled those of France, Italy, and China.

That determination paved the way for other Mexican chefs in Texas. “Chef Ravago was really the first to do Mexican fine dining in Texas,” said award-winning Houston chef Hugo Ortega. “We owe a debt of gratitude to him; his work directly influenced what we felt we could do when we opened Hugo’s in 2002.  He was a true pioneer, and his impact will be felt for generations to come.”

Ravago was born and raised in Phoenix, learning to cook at an early age from his mother and his grandmother, who was from the Mexican state of Sonora. He moved to Austin in 1968, where he met Tom Gilliland, a young man from the Midwest who shared his interest in the culture and cuisine of Mexico.

In 1972 they opened a Mexican restaurant in Houston named San Angel Inn. It was a success, but soon outgrew its small location and closed in two years. The pair returned to Austin and and opened Fonda San Miguel in 1975, gradually converting the space into a replica of a colonial-era hacienda, filled with artifacts, original artwork, and blooming plants. Their timing was auspicious, coinciding with a period of culinary exploration in America prompted by books like Julia Child’s Mastering the Art of French Cooking, Marcella Hazan’s The Classic Italian Cook Book, and Diana Kennedy’s The Cuisines of Mexico.

Ravago and Gilliland’s restaurant captivated their customers with dishes like pork pibil, chicken in mole poblano, and margaritas served in blue-rimmed Mexican glassware.  In just a few years, Fonda San Miguel was garnering national attention for its dedication to authenticity. The task was not always easy. Now-common ingredients were almost unknown in the capital city then, and the owners went to tremendous lengths to bring in spices, dried chiles, and black beans from Mexico. Ravago, with his enthusiasm and abundant charm, was as much a draw as the food.

The many stresses of operating a large restaurant for more than two decades ultimately took a toll, however, and in 1996, Ravago parted ways with Fonda. He cooked at various other places, including Zocalo in New York. Eventually, he relocated to Madrid, then to Brighton, England. But the ties with Austin were never completely severed. In 2001 he returned to the job of overseeing Fonda’s menu and kitchen, living abroad and flying in every few weeks to be sure the kitchen was running smoothly.

He was diagnosed with lung cancer in early 2017 and died on June 24.

Among his lasting legacies—aside from the restaurant, which continues to enjoy success—are two cookbooks, Cocina de la Familia, co-authored with Marilyn Tausend in 1997, and Fonda San Miguel: Thirty Years of Food and Art, with Tom Gilliland and Virginia B. Wood, published in 2005.

A celebration of Ravago’s life will be held at Fonda San Miguel on Sunday, July 2, at 5:30 p.m. The public is welcome.