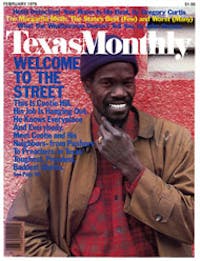 Remember when margaritas were considered exotic? In those days, to be a margarita drinker was to be someone special. Tough. Independent. Unafraid. If you could handle the stuff, you could handle yourself. And if you couldn’t handle it, you knew it fast, because your insides told you so. But now that the margarita has become the darling of the happy hour set, some of us diehard margarita drinkers have begun to feel queasy for another reason. Could it be that we are getting jaded—drinking more but enjoying it less—or is something really rotten in Margaritaville? Sometimes it seems that, unless you’re invited to someone’s home for margaritas and mariachis, you can’t get a decent drink anymore. Too much of the time, in bars and restaurants, what passes for a margarita looks like a Slurpee, tastes like a limeade, and packs as much kick as the punch at a Baptist wedding reception. We began to wonder if, as tequila lovers, we should be searching for more than that proverbial shaker of salt.

To see whether a classic margarita could be found anywhere in the Lone Star State, we first went looking for a classic recipe. We found it in Diana Kennedy’s The Cuisines of Mexico; you can check it out by reading the best little margarita in Texas. The first thing you’re going to notice about this margarita is that it is potent. After one or two you sway when you stand up. After three you don’t stand up unless you enjoy making a fool of yourself. But, if you’ll think back to the old days, margaritas are supposed to be strong; you’re supposed to taste the tequila. It’s only because our standards have been so sadly eroded by bars and restaurants offering insipid, wishy-washy drinks, that no one remembers what a real margarita tastes like.

Armed now with a clear set of standards, and a sense of righteous indignation, we set out to see whether such a drink could be purchased in the state’s more popular Mexican restaurants, figuring that they were more likely than other eating places, or even bars, to serve a palatable margarita. After all, folks aren’t likely to order a Brandy Alexander with their nachos. Our investigation took us to sixteen restaurants in cities across Texas and two in Juárez (which is, after all, the flip side of El Paso).

To help us carry out this noble endeavor, we went searching for a group of intrepid people who would agree to lurch from restaurant to restaurant, smuggling drinks off the premises under the watchful eyes of headwaiters and busboys. Fortunately, the lure of subterfuge coupled with the chance of free drinks turned up more than a few willing participants.

Their assignment was straight-forward: They were to take the Mason-type jars we provided to the assigned restaurants, order a margarita straight up (no ice—it dilutes the alcohol), dump the entire drink into the jar, conceal the evidence in handbag or briefcase, pay, and leave as nonchalantly as possible. Aside from the sarcasm of one incredulous waiter (“Finished so soon?”), a tense moment at the Mexican border (“Nothing to declare, officer—gulp”), and several hangovers acquired in the line of duty, everything went smoothly.

Locating a lab to test the samples was not as easy as locating samplers. Many places happy to analyze automobile exhaust fumes, sewer water, or chicken blood balked at tackling eighteen margaritas. Finally, lab technicians at the University of Texas at Austin agreed to analyze our drinks, all for the cause of higher learning, of course. Using the technique of gas chromatography, they determined the net amount of alcohol in each drink, measured drink size, and figured the proportion of alcohol to the other ingredients.

What did we find?

The results—even though suspected—are shocking. No Mexican restaurant in Texas, among the ones we sampled, makes a decent margarita. None. Nobody. In fact, only two come close. Using as our standard the 22 per cent alcohol in the classic margarita recipe, we discovered to our dismay that only Julio’s in Juárez and Karam’s North in San Antonio, both with 19 per cent alcohol, put in enough booze to honestly call their drinks margaritas.

As you can see from column one of the chart on this page, the rest of the pack ranged from passable, with 12 to 18 per cent alcohol, to parsimonious, below 12 per cent. Needless to say, we found no restaurant that made a margarita that was too strong.

These calculations only tell part of the story, though. They show whether the alcohol in the drink approaches the proper proportions of a classic margarita. If what you’re interested in is sheer quantity of alcohol, and that is, after all, part of the reason you’re paying a buck fifty for a margarita instead of two bits for a limeade, you’ll want to look at column two on the chart. This list, which shows the net amount of alcohol in the drinks we tested, is much more hopeful. Some of these places may not make an outstandingly strong drink, but at least they give you a lot of it.

At the top are Joe T. Garcia’s in Fort Worth, La Fonda in San Antonio, and Ninfa’s Navigation Boulevard branch in Houston, each with a healthy 19 grams of alcohol. At the bottom are Raphael’s in Dallas, San Miguel in Austin, and El Patio in Houston, with a puny 10 grams or less. Anything in the 15-gram range will definitely alter your state of mind.

Mix in yet another variable—price—and you come up with another set of comparisons (see column three). We’ll leave it to you to see how your favorite place ranks, but if you’re paying $1.50 and not getting the average 15 grams of alcohol, we suggest you have a serious chat with the bartender.

Up to this point, we’ve concentrated on the most readily measured ingredient in a margarita: alcohol. What can’t be measured, and what is the essence of a great margarita, is taste. This depends not just on getting the right proportions of tequila and Triple Sec but also on whether fresh limes are used and how far in advance the batches of drinks are prepared (Even fresh lime juice can taste stale when it’s five hours old and hasn’t been well refrigerated.)

We did our best to elicit the recipes from the restaurants we sampled (our trust machine, unfortunately, wasn’t set up to distinguish the subtleties of fresh versus canned lime juice), but we discovered that in many cases the secrets are more closely guarded than a Wells Fargo armored car—a lot more closely guarded.

El Rancho in Austin would not divulge the proportions of their margaritas, but they did emphasize their use of fresh limes, preferably the Texas or Mexico variety. Los Tres Bobos and San Miguel in Austin, Chilo’s in El Paso, Casa del Sol and Julio’s in Juárez, and La Fonda in San Antonio also use fresh limes. El Patio, San Miguel, and Raphael’s in Dallas add a sweet-and-sour flavoring to give extra tang. Los Tres Bobos adds a sugar syrup for greater sweetness. Joe T. Garcia’s uses José Cuervo tequila and Cointreau—very ritzy. Casa Dominguez, honest to a fault, admitted to adding a lemon crystal powder and water to their batches. Several places we visited, including Raphael’s and Casa Dominguez, do not normally serve their margaritas straight up. The drinks analyzed here were prepared especially for our samplers.

So where can you get the best margarita? We’re not sure such a thing exists, at least not in Texas’ Mexican restaurants. But there is one way to be sure you’re getting the classic: make the margarita described in the best little margarita in Texas, pour it in a jar, take it to a restaurant, and order an empty glass. Then when the waiter isn’t looking. . . 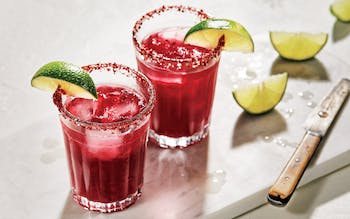 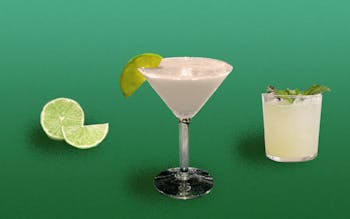 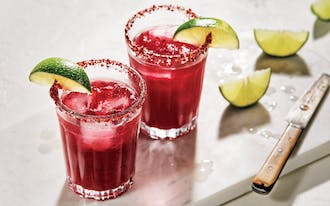 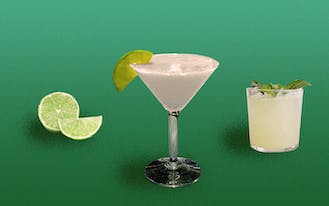 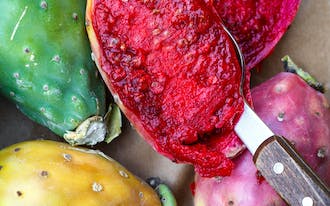