Baseball season is once more upon us. Fresh cut grass, sunny blue skies, the crack of a bat, the dreams of every fan of every team that this could be their year—and, of course, the scent of a collection of truly unlikely concessions wafting through the corridors of ballparks across our fair country. In Houston, the stadium food options introduced each year for Astros fans to consume as they pursue a second championship in three years are fairly traditional—this year’s big addition is a prime rib sandwich—but in Arlington, Rangers fans who need a reason to see their 1000-to-1 shot team in person tend to get some more outlandish options.

The 2019 edition of the Globe Life Park ballpark menu is predictably unpredictable. While the full list of 22 new items includes some things that the average person can wrap their head around (a revised grilled chicken sandwich is entirely reasonable), there are also menu items that are unlikely to occur naturally. In order to help you make the right—or the willfully wrong—decision the next time you’re at the park, we’ve helpfully ranked the following foodstuffs based on their probability of being found in nature. 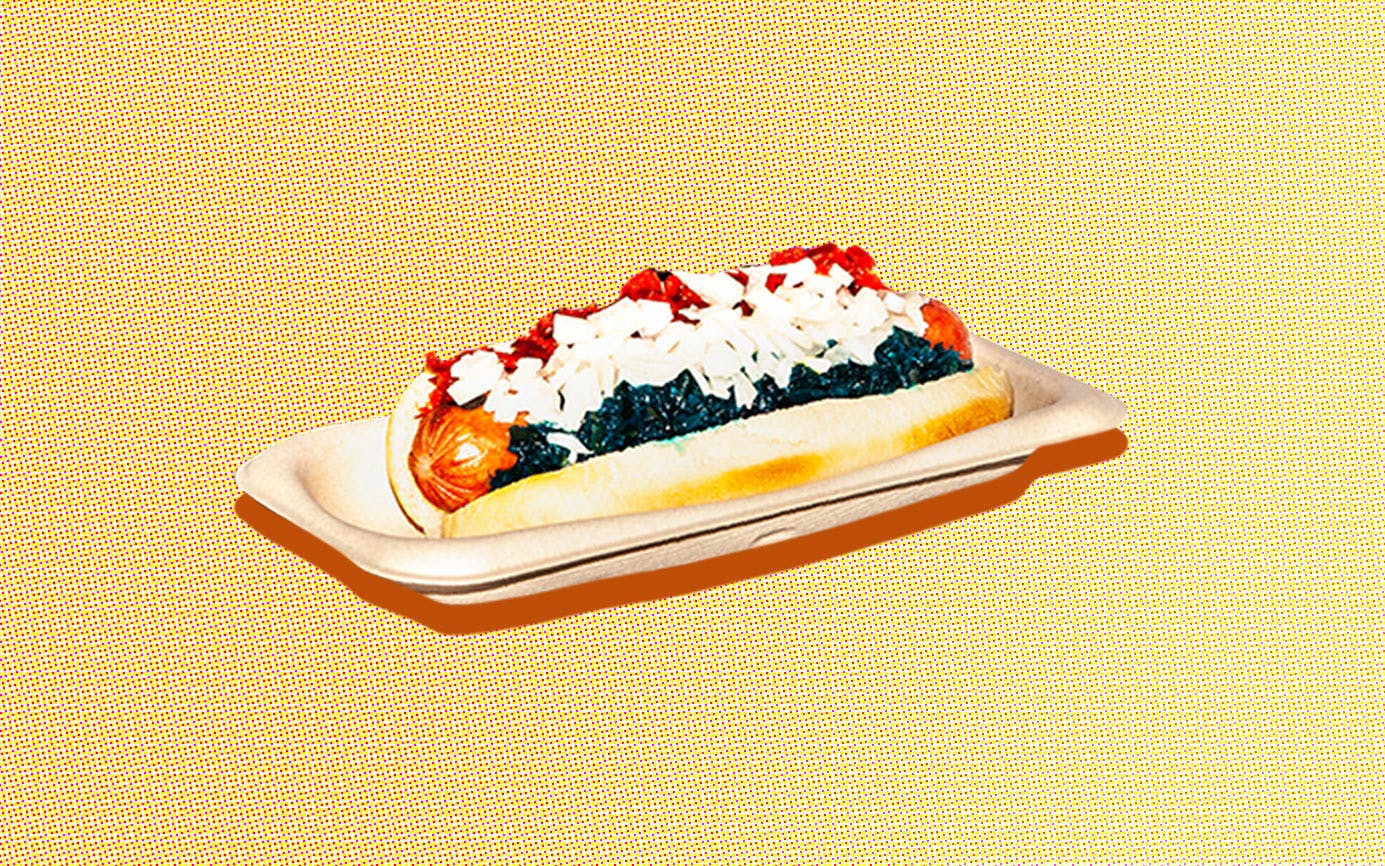 What it is: A hot dog (which Eater Dallas says is “spiked with the flavors of Texas chili,” whatever that means) covered in unnaturally colored relish. The white is onions; the red could pass for peppers. The blue, though? Nothing nature wants us to eat is blue, and the patriotic product is indeed the product of unnatural dye, transforming ordinary pickle relish into a glowing confection intended to allow ballpark visitors to demonstrate their patriotism as they scarf down the sausage.

Nature rating: Even blueberries and blue cheese aren’t actually blue. If you find something with the colors of the RWB dog out in the woods, it’s probably poisonous. 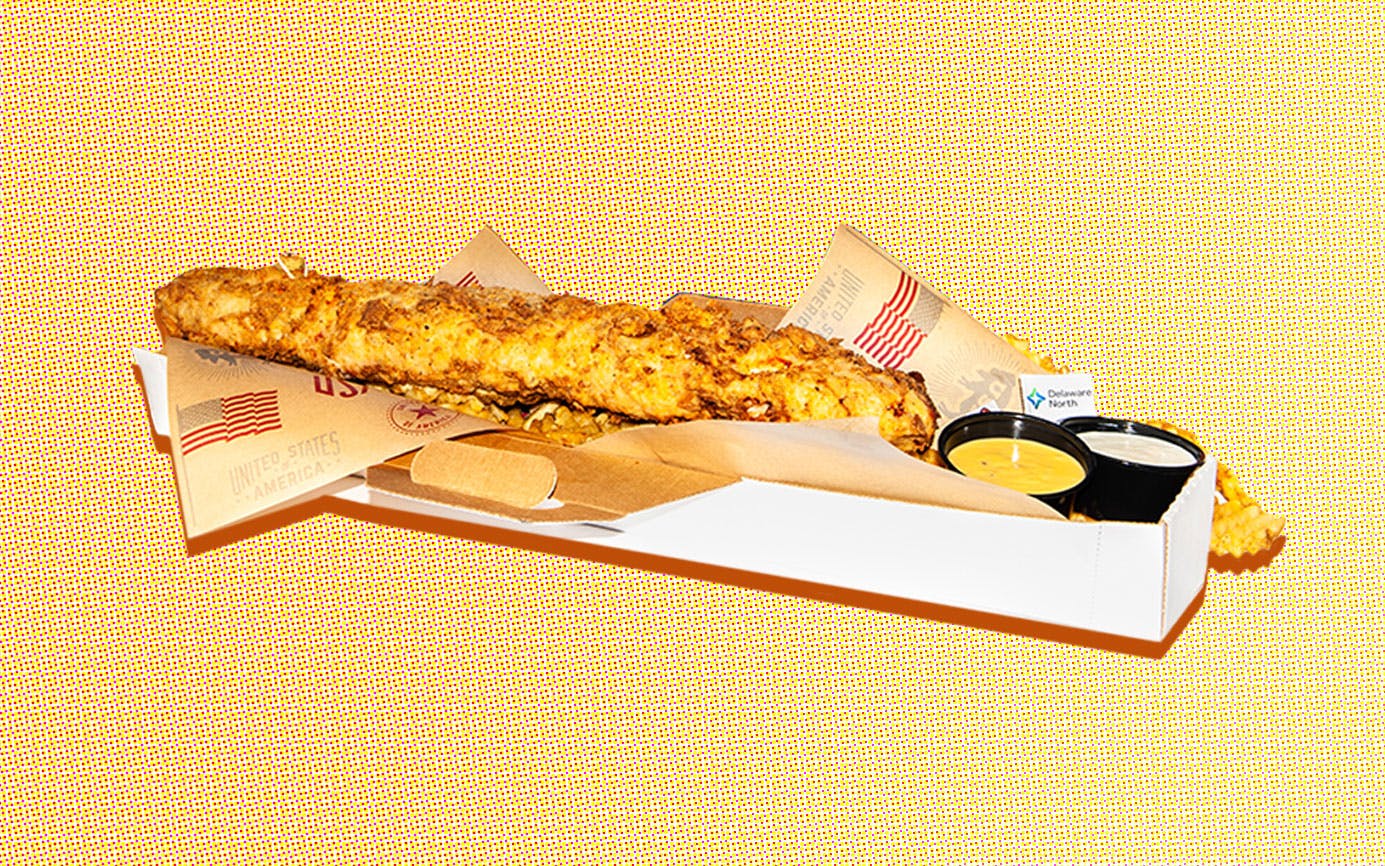 What it is: This year’s entrant in the “gluttony” category of the seven deadly ballpark food sins, the “Fowl Pole” is a two-pound chicken tender, deep-fried on a bed of waffle fries and served with honey mustard at a price point of $27.50, in case you wanted to know exactly how much it costs to be ashamed of yourself.

Nature rating: If you ever encounter a chicken capable of producing a two-pound tender, you’re in for the fight of your life. Mercifully, the Fowl Pole does not come from a single genetically enhanced super chicken but rather from eight (yes, you read that right) chicken breasts wrapped together, breaded, and fried. By Globe Life Park standards, that’s practically organic. 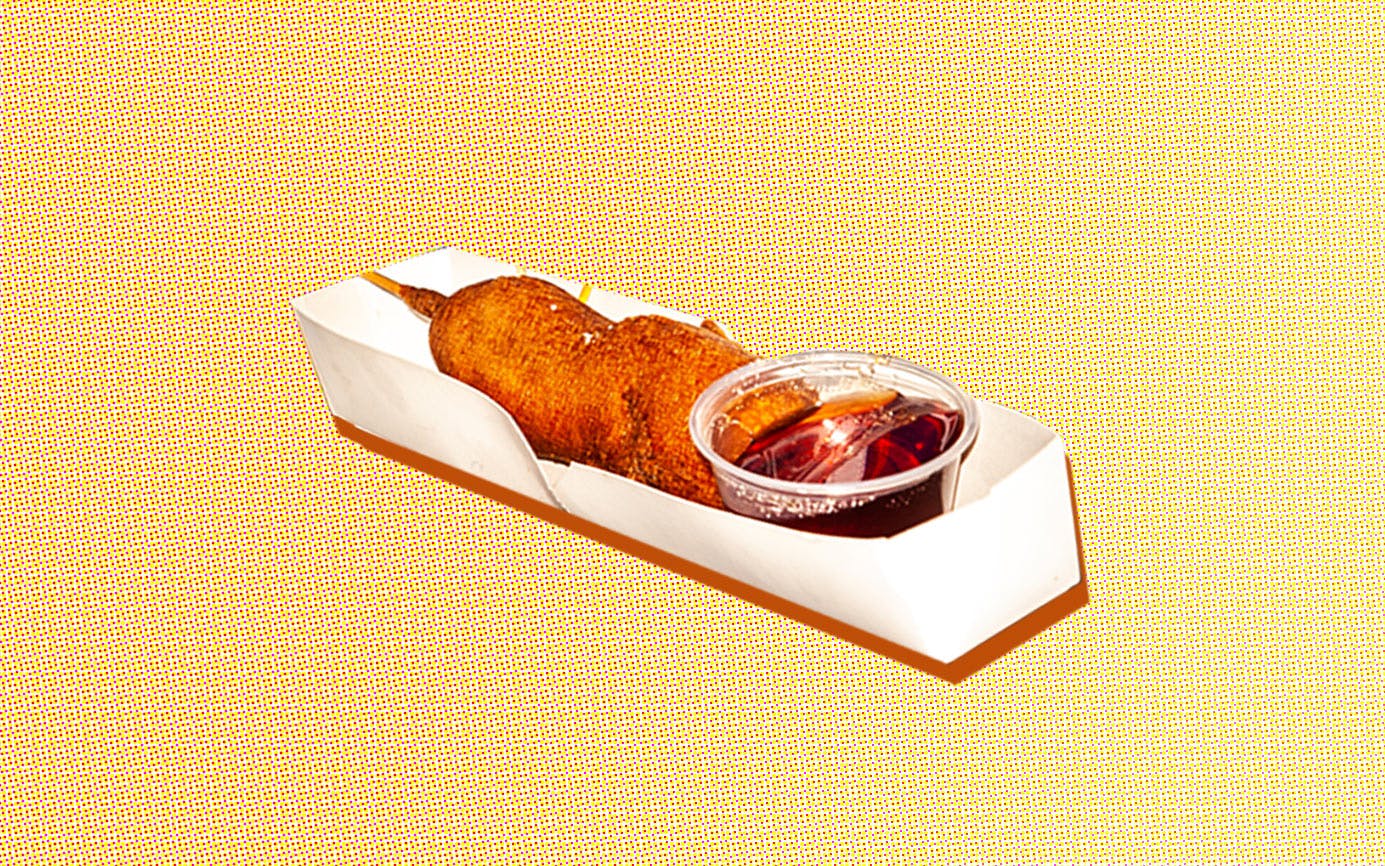 Breakfast on a Stick

What it is: Are the Rangers playing an early game? Are you a late riser? Do you fear silverware? The Breakfast on a Stick is a sausage wrapped in bacon, battered, fried, and served with syrup.

Nature rating: Man was probably not meant to eat sausage wrapped in bacon, but it’s not strictly forbidden either. This isn’t an unnatural breakfast as such, but if the “batter” isn’t pancake batter, somebody missed an opportunity. 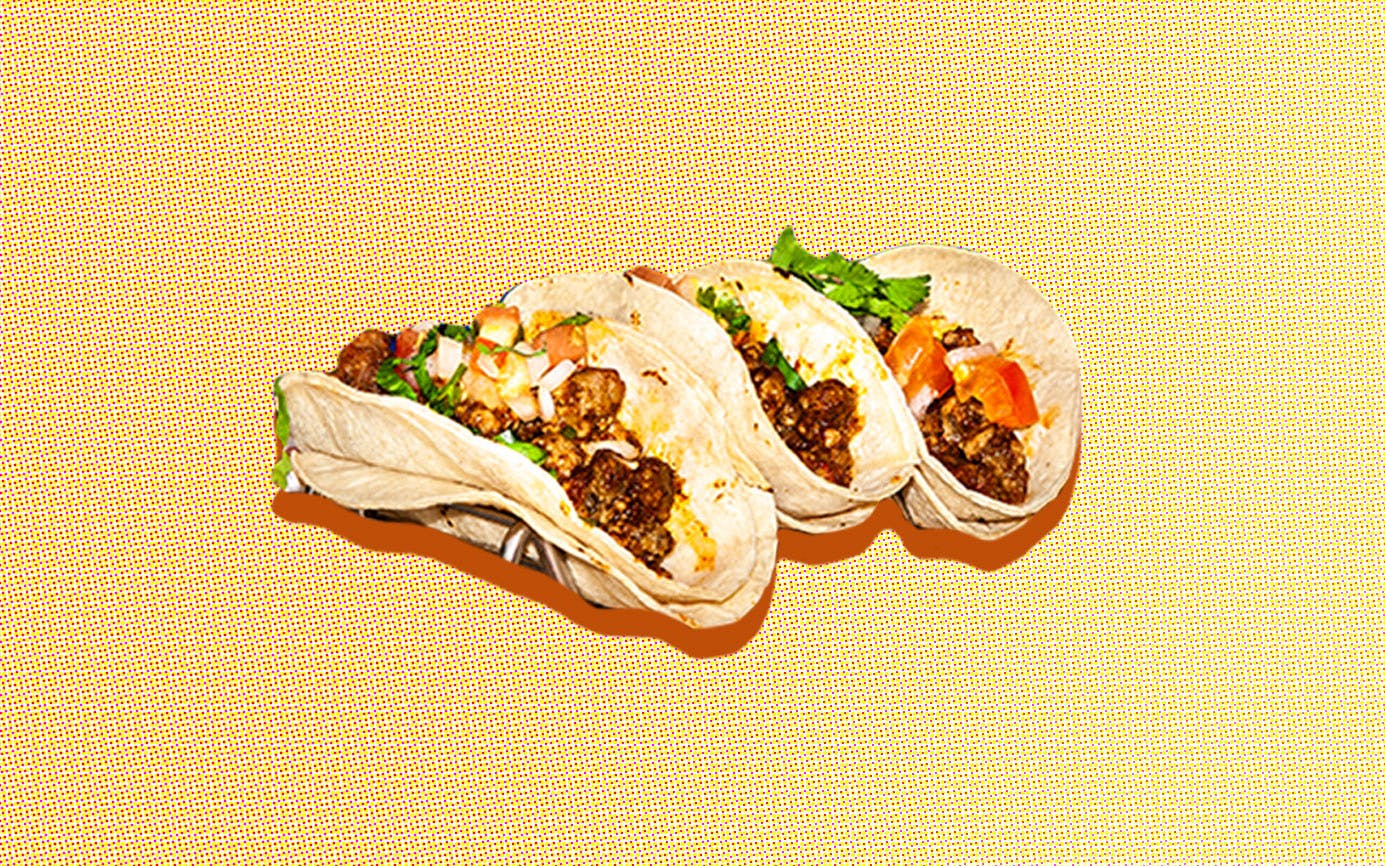 What it is: Globe Life Park’s surprising tradition of making sure that vegan sports fans have plenty to eat continues for 2019. This time around, the street tacos are made of Beyond Meat crumbles, topped with pico, and wrapped in a corn tortilla. As ballpark food goes, this is downright pedestrian.

Nature rating: It may be pedestrian—and healthier than meat-based meat—but Beyond Meat’s plant-based protein does not occur in nature. Since these are the product of food science (however benevolently created), we have a responsibility to give these Vegan Street Tacos a low rating on the nature scale. At least they’re not blue.