This week the Dallas Morning News/TEXSOM competition kicks off, and it’s a special year for its organizers: it’s the competition’s thirtieth birthday. In its three decades, the event has established itself as Texas’s premiere wine competition and the largest of its kind in the country outside of California. This year, 2,720 wines were submitted from regions across the world, from Bordeaux and Baja to Willamette and Wairarapa, as well as a healthy showing of Texas wines.

In its thirty years, the competition has tracked steady growth not only in entries, but in its reputation for carefully evaluating wines for excellence, due in part to the meticulous organization of founder Rebecca Murphy, a noted wine professional and writer. She spends much of her time curating the selection of wines that will be tasted and the competition (to assist with wine selection this year, Murphy selected James Tidwell of the Four Seasons Resort and Club Dallas at Las Colinas and Drew Hendricks of Rudd Winery, who are both master sommeliers and co-founders of the Texas Sommeliers Conference (TEXSOM), which partnered with the competition in 2008). More than sixty judges from all over the country—and even a few from the UK and Canada—will travel to Texas, making up a prestigious panel that includes fifteen master sommeliers and ten masters of wine, more than any other U.S. wine competition.

“This competition is one of the most storied and well-respected competitions in the country, because of the caliber of the judges involved and the quality of the wines that it attracts,” Tidwell said. This distinction led Tidwell and his TEXSOM co-founder Drew Hendricks to officially purchase the ownership rights to the competition this year. (The title will remain the same, but TEXSOM takes on the baton to be the official organizers going forward.)

And this competition is increasingly important to elevating the status of Texas wines. “By trying to attract a diverse set of entries, it will hopefully result in a diverse selection of medal winners,” Tidwell said. “This helps get word out about new and revitalized regions, smaller producers, and solid larger producers that give wine buyers and consumers new ways to experience wines.”

This means Texas wines are being evaluated and recognized by leading influencers in the world of wine. This year the four judges for the Texas wine region include Christy Canterbury (MW), Larry O’Brien (MS), Bob Betz (MW), and Guy Stout (MS). According to Tidwell, the competition will always assign two master sommeliers and two masters of wine to the Texas wine panel in an effort to give indisputable validation to the wines that medal in that category.

“Regardless of what it is, if a wine wins a medal in this competition, it is truly special in some way,” Tidwell said.

Medal results for competition winners will be revealed in late March. 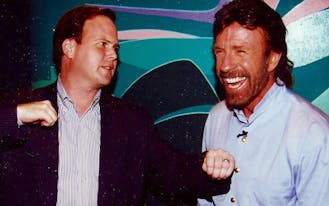 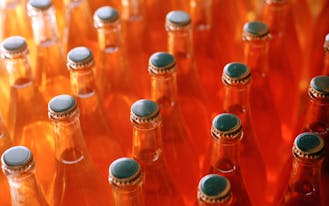