The Legislature hasn’t yet declared beer our official state beverage (what’s the hold up, folks?), but it is. A beer’s what we reach for on 100-degree days. A cold one’s what we’re cracking open at the start of every three-meat-plate dinner. It’s the social glue of our tailgate parties, honky-tonks, and float trips. Our love affair with fermented brews dates back to our lager-loving German and Czech ancestors, who bequeathed us quenching classics like Pearl, Shiner, and Lone Star. But there’s a new era upon us, one that’s evolved beyond the light beer and “Long live longnecks” credo of our daddies’ drinking days.

We’ve officially entered the age of the craft beer. Breweries like Saint Arnold, Real Ale, and Live Oak have been tinkering since the nineties with Old World recipes to produce new beers that are smoky, sour, and dark. But innovation has become the rule, not the exception, in the past couple years, since the watershed legislation of 2013 that allowed breweries to sell beer on-site and brewpubs to distribute to outside bars and retailers. Since then, places like Deep Ellum Brewing Co., in Dallas, have rapidly expanded, adding taprooms and distribution centers, while the fermented nectars of ambitious start-ups like Austin’s Black Star Co-op have begun springing up in local watering holes where they were once forbidden. There are now some two hundred breweries and brewpubs in Texas. The following eight—which stretch from far-flung West Texas to downtown Houston—are as refreshing as they are road-trip-worthy. 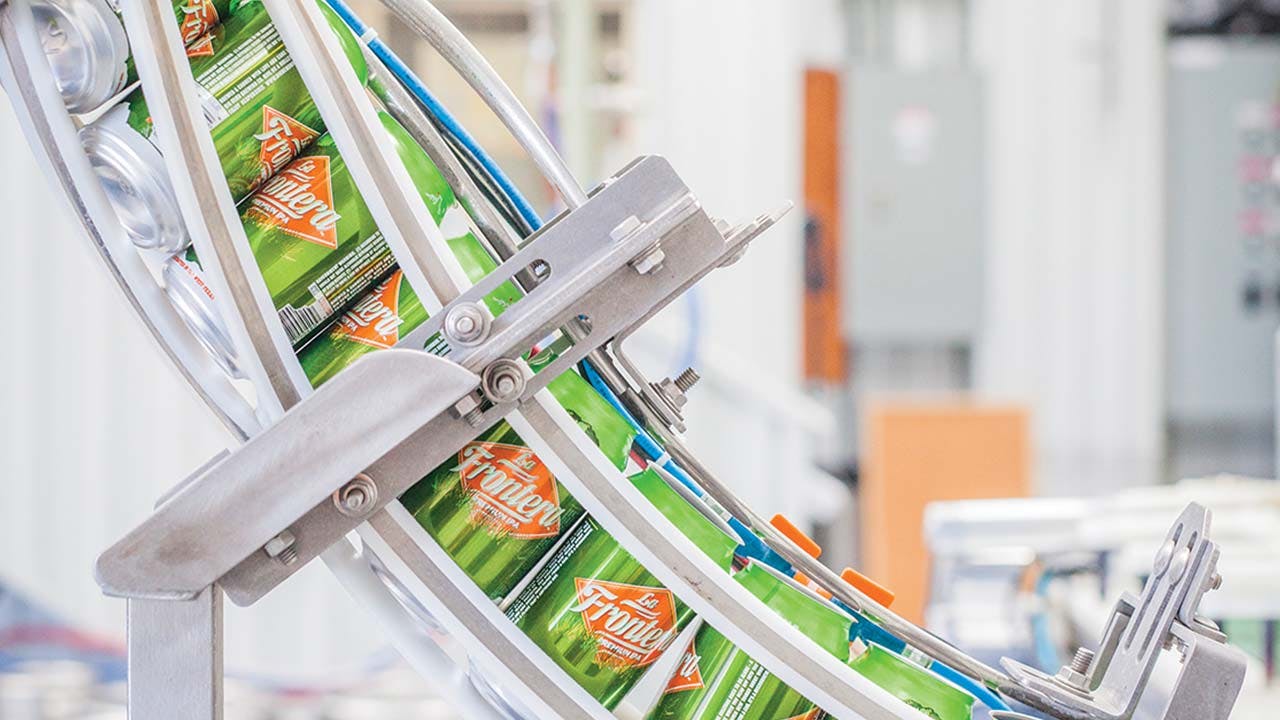 Travelers heading west on U.S. 90 who’ve got Marfa on their minds would be wise to make a strategic pit stop in Alpine to visit what may be the most remote brewery in the country. Founded in 2012, it doesn’t have a long history, though brewmaster Steve Anderson, formerly of Live Oak Brewing Co., in Austin, has already been garnering attention for his Old World–style beers (like Tejas Lager and Big Bend Hefeweizen). Call for hours. Tours Wed–Fri at 3, Sat at 1 & 3; $10 (includes souvenir glass and tastings). 3401 U.S. 90W, 432-837-3700, bigbendbrewing.com

Must Drink: The citrusy Frontera IPA

As its name suggests, this two-and-a-half-year-old brewery in the Design District puts a premium on bringing friends and strangers together in the name of some of the best beer in all of North Texas. Its communal cup—and yours—runs over during weekly open houses, which feature live music, food trucks, a small gallery of local artists’ works, a giant Jenga game, and a behind-the-scenes peek at its operations, which boast an in-house yeast lab. Open Wed & Thur 5–9, Fri & Sat 5–10. Open house & tours Sat 2–5; $15 ($10 in advance; includes souvenir cup and three beer tickets). 1530 Inspiration Dr, 214-751-7921, communitybeer.com 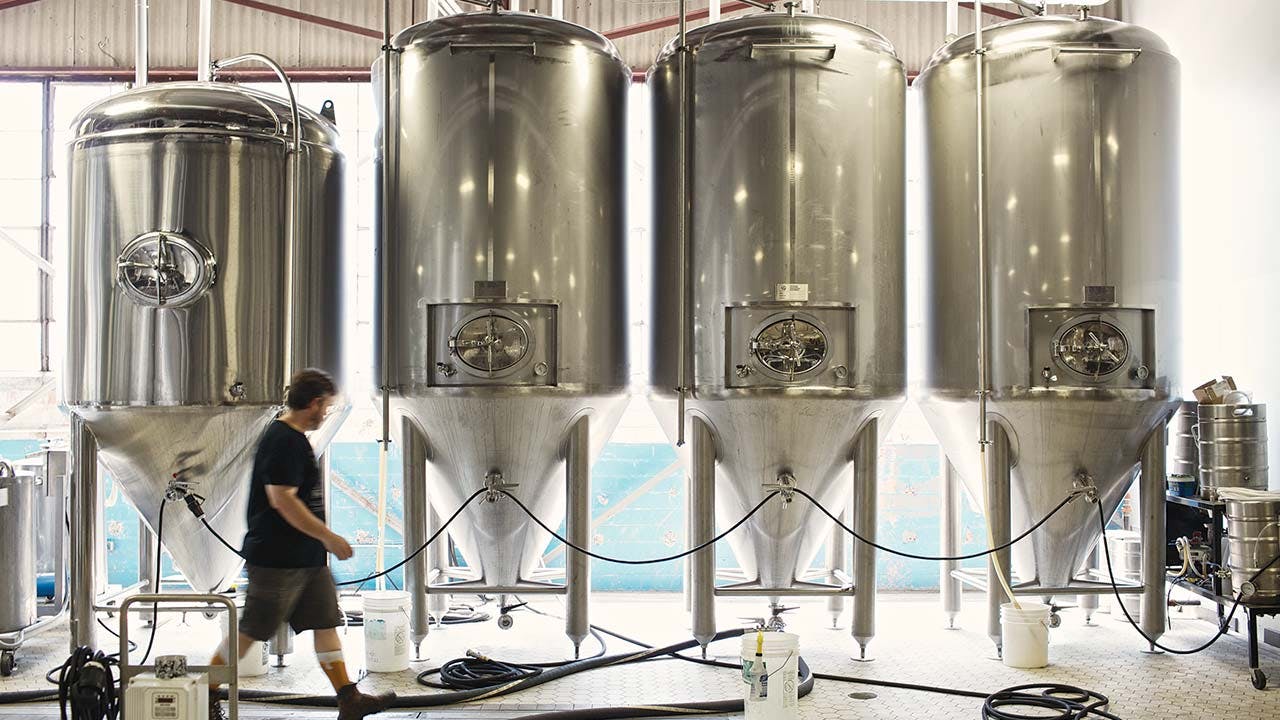 First came the brewpub, in 2008, a big leap from Scott Metzger’s “duct tape and determination” home-brewing days. Then, last summer, came the 30,000-square-foot production facility, which paves the way for much wider distribution. You can still visit the original location and pair your seasonal brew with a Supreme Batastrophe pizza, before heading south of downtown to see the thirteen-tap tasting room and inquire about the expanded barrel-aging and sour-beer program; word on the street is they’ll be using Pinot Noir barrels from the Oregon winery co-owned by none other than Spurs head coach Gregg Popovich. Original brewpub: Open Mon–Sat 11 a.m.–midnight, Sun noon–midnight. 4035 North Loop 1604 West, 210-395-4974. Taproom: Open Thur & Fri 4–9, Sat 2–9. Tours Sat 3 & 5; free. 2000 S. Presa, 210-625-6000, freetailbrewing.com

At the eastern end of boozy Sixth Street you’ll find the most visitor-friendly taproom in Texas: it’s open seven days a week, doubles as a coffeehouse, has a library of board games, and welcomes kids and dogs (the latter, restricted to the patio, get brew biscuits made from leftover grains). For now, the beer is “free” with the purchase of a souvenir glass, though owner Josh Hare is working to procure the necessary permits to sell brew on-site. Open daily 8–10. Tours Thur & Fri at 5, Sat at 1, 3 & 5; free. 507 Calles, 512-914-2467, hopsandgrain.com

Just as the local terroir brings Jester King’s farmhouse (read: wild yeast) ales to life, so too does its pastoral setting infuse the mood at this popular brewpub. On the 220-acre spread in southwest Austin is a former thirties-era machine shop from Victoria (where you can peek at the fermentation tanks), an open-air barn (the perfect spot to eat a pie from Stanley’s Farmhouse Pizza), and huge oaks under which to play cornhole and wonder why anyone would choose to do his day-drinking indoors. Open Fri 4–10, Sat noon–10, Sun noon–6. Tours Fri at 6, Sat & Sun at 1, 3 & 5; free. 13187 Fitzhugh Rd, 512-537-5100, jesterkingbrewery.com

If the stained-glass window featuring a tulip-shaped chalice is too subtle a clue that this small-batch outfit has European roots, the enormous “Schol!” emblazoned on the wall (that’d be Flemish for “Cheers”) should tip you off. (Founder Wim Bens, who established this labor of love in 2011, is a Belgium-born, Texas-raised SMU grad.) After you belly up to the long bar for a stout and an IPA, head over to the newly opened four-thousand-square-foot beer garden, which has both a stage and seating for two-hundred-plus, making it perfect, in other words, for that intimate brewhouse wedding of your dreams. Open Wed & Thur 3–8, Fri 3–9, Sat noon–9, Sun noon–6. Tours on the hour Sat 1–5, Sun 1–3; free. 2302 Executive Dr, 972-864-2337, lakewoodbrewing.com

Must Drink: The Temptress, a silky-smooth imperial milk stout

What began in the basement of a Blanco antiques store has evolved, nineteen years later, into a 49-person operation that pumps out more than 60,000 barrels of beer a year (all of which are, proudly, sold solely in-state). The shiny new taproom, open since March, offers more than a dozen beers—yes, including the brewery’s popular Firemans #4—as well as a bird’s-eye view of the packaging room, so you can watch as four hundred bottles of unpasteurized and unfiltered beer shoot down the line every minute. Open Thur–Sat 11–5. Tours Fri & Sat at 1 & 3; free (closed-toe shoes recommended). 231 San Saba Ct, 830-833-2534, realalebrewing.com

The state’s oldest craft brewery is now of legal drinking age, and what better way to celebrate its twenty-first than by raising a glass at “Saint Arnoldville,” just north of downtown Houston. Each of the tanks at the 104,000-square-foot warehouse is named for a saint, but special reverence is reserved, of course, for its namesake, Saint Arnold of Metz, whose importance you’ll learn of on the tour. Plans to add a beer garden are in the works, but you can already enjoy daily lunch specials (veggie combo plate, prime rib French dip) during the week. Open Mon–Fri 11–4:15, Sat 11–3. Tours Mon–Fri at 3:30, Sat at noon, 1 & 2; $10 (includes souvenir glass and four beer tokens; closed-toe shoes required Mon–Fri). 2000 Lyons Ave, 713-686-9494, saintarnold.com