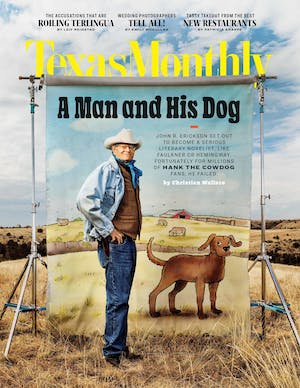 Despite the pandemic, new restaurants continue to open across the state, offering everything from global cuisine to Texas classics. Here’s a sample of what’s on the dining horizon for the rest of 2021, as well as some places that opened just after our December 1, 2020, cutoff for Where to Eat Now, our list of the some of the best dishes and drinks at more than 35 places in Texas.

Sleek, modern, and light, March will explore different culinary regions of the Mediterranean, with side trips through an 11,000-bottle wine cellar.

From Austin, big, casual, counter-order Asian smokehouse Loro, which unites the strengths of Franklin Barbecue and Japanese restaurant Uchi, will open a Houston outpost (expansion plans include Dallas as well).

Chris Williams, chef-owner of Lucille’s, is opening two new restaurants in Houston later this year, including Late August, an Afro-Asian concept led by chef Dawn Burrell, known for her work at Kulture.

Michelin-starred Tim Ho Wan, with locations in New York and Honolulu, is headed for Katy, bringing crafty dim sum and then some.

Get your luxe European fix (think gravlax carpaccio) at Tonight & Tomorrow, which will anchor the recently renovated boutique hotel La Colombe d’Or, tucked away in a lovely converted mansion.

Local Texas concept Wild Oats is coming to the Houston Farmers Market, offering dishes such as a Mexican spin on shrimp and grits.

New takes on well-known Texas dishes will be the stock-in-trade at Bar Loretta, which is taking over the location of well-loved Madhatters Tea House and Cafe.

Expect the likes of Cambodian noodle soup and chicken pho when House of Má opens in the Witte building downtown, under the direction of the team behind Singhs Vietnamese restaurant.

The luxury Thompson San Antonio hotel has tapped Steve McHugh, chef-owner of Cured at the Pearl, to be in charge of its main restaurant, Landrace, centered on a wood-burning grill.

Bright and white, with pastel touches, Little Em’s Oyster Bar is bringing the tasty bivalves along with crab cakes and wedge salads to the Southtown area.

Espana Mediterranean Cuisine, a fine-dining pioneer in McAllen that closed in 2009, has now been revived, serving its classic oysters Rockefeller, paellas, and more.

The historic 1920s pump house on Town Lake in McAllen is being turned into an outpost of Edinburg’s popular University Draft House, with burgers, casual food, and a band on the patio.

Ame will put a French accent on Indian food.

Chicago super-chef Danny Grant has been busy in Dallas; he’s opening two restaurants in the National (a new residential building that also houses the luxe Thompson Hotel), 49 and 50 floors up: Kessaku, a fine sushi destination, and Monarch, a wood-fired, Italian-ish venue.

On the expansive grounds of the restored Commodore Perry Estate, now a boutique hotel, lovely Lutie’s will offer fine dining and a view of formal gardens.

Transplanted Austin chef Sonya Cote is putting out the likes of beer-battered veggies and smoked pork chops at Storehouse Market & Eatery, in a historic Bastrop building some thirty miles east of Austin.

The latest concept from the ever-growing empire of restaurateur-chef Tatsu Aikawa should be fun: Tiki Tatsu-Ya will be a destination for creative tiki drinks and, what else, Polynesian-Japanese eats.

Soon you can lap up Central Mexican–inspired sophisticated dishes and cocktails at Maria’s Mexican Kitchen.

Local chef Lou Lambert snapped up historic Roy Pope Grocery when it came on the market; his plans include a chic coffee and wine bar and gussied-up comfort dishes.

Partygoers will be lining up for gimlets and frozen spritzers, then ordering a round of bison tartare and pork rillettes at Sidesaddle Saloon.

This article originally appeared in the March 2021 issue of Texas Monthly with the headline “Where to Eat Now.” Subscribe today 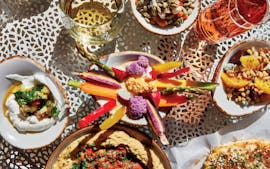 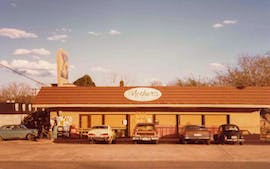 Where to Eat Now: In Memoriam 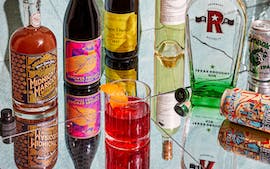