This is not necessarily a bad thing. I wrote a post called “Breaking: Johnny Football is a College Student,” earlier this year, and it’s practically refreshing to see this is still the case, even as the Heisman winner and his fellow Aggies generated an estimated $37 million in media exposure for the university.

So can you put a price on this? Saturday night, Manziel started another Twitter fire: He deleted that, but offered up an explanation: I was on Twitter at the time, and didn’t think the tweet was that inflammatory (though the Bum Steer nomination has been duly noted). Many fans in Aggieland, such as the folks at Good Bull Hunting, barely mustered up enough outrage for a jokey hashtag.

Not so Sean Lester of A&M’s student newspaper The Battalion.

“It’s time to send Johnny Football down the proverbial one-year hallway in the house that is Texas A&M and straight out the front door,” he wrote.

Johnny Football wants out and as a selfish observer, I want him out as well….

I want to know if he can succeed in his second season, trying to live up to the hype. From there I want to see if he can be the latest Aggie taken in the NFL draft. I’m interested to see what Manziel can do as a professional quarterback….

But most importantly I want to see how Kevin Sumlin and the other 100 players on the Texas A&M roster prove that all of this wasn’t just the Johnny Manziel show and that A&M as a program can contend for years to come….

But this is also part of the new Texas A&M. There are gonna be more players who are not enamored with the town. But they’ll keep coming to play football.

Spencer Hall of Everyday Should Be Saturday was on the QB’s side, passionately:

College towns — memories of happy memories and not having more than five bills aside — are designed as opportunistic money sucks hooked directly to the universities that host them. Alternately, the universities are giant parasites living happily off the hardworking small towns that tolerate them….

I remember leaving beautiful Gainesville, Fla. — a place where you can live in reasonable comfort on three dollars a day and a smidgen of insane hope — and thinking I never want to see this place again. That was me, with an English degree, no discernible work or social skills and no hope for anything like being able to feed himself with money earned from a job. That’s just what people want to do at 20. They want to be somewhere else and usually it’s in a careless, haphazard hurry.

Mac Engel of the Star-Telegram had no problem with Manziel’s original tweet, but took exception to the tone-deaf follow-up.

There is likely not a soul alive who wouldn’t love to walk in Johnny Manziel’s shoes for one hour, forget one full day. When do you think the last time was he paid for anything? VIP access to everything up to and including a parade of hot coeds lined up at your door because you are Johnny Manziel, Heisman winning quarterback. Forget an hour. Most of us would take 15 minutes…

Like a lot of celebrities, Manziel has forgotten there was a time in his life when things weren’t handed to him and his best friend wasn’t a rap star named Wale. Yes, JF must sacrifice the many trappings and ease of anonymity but in return he receives red carpet treatment in a way the rest of us dregs will never enjoy. I’ll admit that for a second there, I thought Engel had confused Wale with Drake. In fact, I had forgotten: Manziel is buds with both!

So sure, he’s definitely lost perspective. My guess is, he was probably trying to quote TI and Usher’s “My Life, Your Entertainment.”

“My life, your entertainment

You watch it while I live it (live it)

Well shorty ’til you walk a mile in my shoes…”

According to Jeremy Fowler of CBS Sports, “a coach approached Manziel to make sure that everything was OK and that Manziel understands the strength of his words, according to the source.”

Meanwhile, rumor has it the tweet was over a parking ticket, which means that Manziel could have just as easily vented his frustration by referencing a famous NWA song. Then everyone would have accused him of being pro-violence and anti-law enforcement. 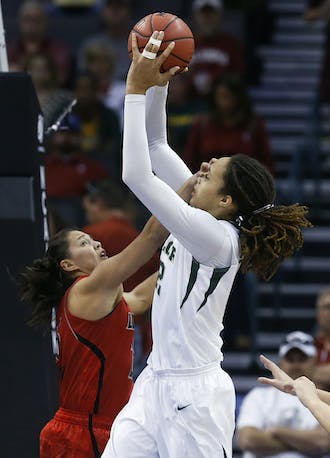