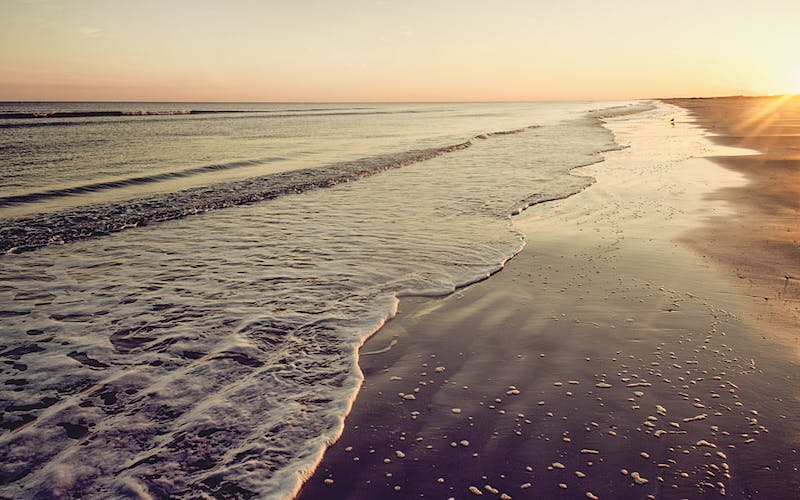 Sea Rim State Park was racked by Hurricane Rita in 2005 and shellacked by Hurricane Ike in 2008, prompting the Legislature to dedicate $2 million to its recovery in 2009. Today construction is under way—a new visitors center, more parking lots, a series of elevated walkways—but I hope Texas Parks and Wildlife doesn’t overdo it, as Sea Rim counts as one of the state’s true rough diamonds. A quiet alternative to the beaches on Bolivar Peninsula, it features lovely, lonely sweeps of sand along the Gulf and copses of willows, freshwater ponds, and all manner of songbirds inland.

But that doesn’t mean I favor no development; indeed, the first place I headed after camping overnight in the dunes on the eastern edge of D. Roy Harrington Beach was a three-quarter-mile boardwalk known as the Gambusia Nature Trail. Named for the small Gambusia affinis, a voracious mosquito-larvae-eating fish, the trail crosses a nameless seasonal lagoon. Coffee in one hand, binoculars in the other, I strolled along, suspended just above the water, past cordgrass and cattail marshes. Feeling that I was being watched, I realized that a drifting log had miraculously sprouted eyes and a snout. A wave of adrenaline hit me, but the alligator sank into the mud without incident, and I returned to my tent to watch the waves.

My serenity was interrupted only by thirsty, hawk-size mosquitoes; the gambusia were clearly asleep on the job. I reminded myself that this windblown portion of the coast refuses to be tamed, thankfully, and started to walk toward the waves. A breeze picked up, and the bloodsuckers bugged off. I was on my own again.