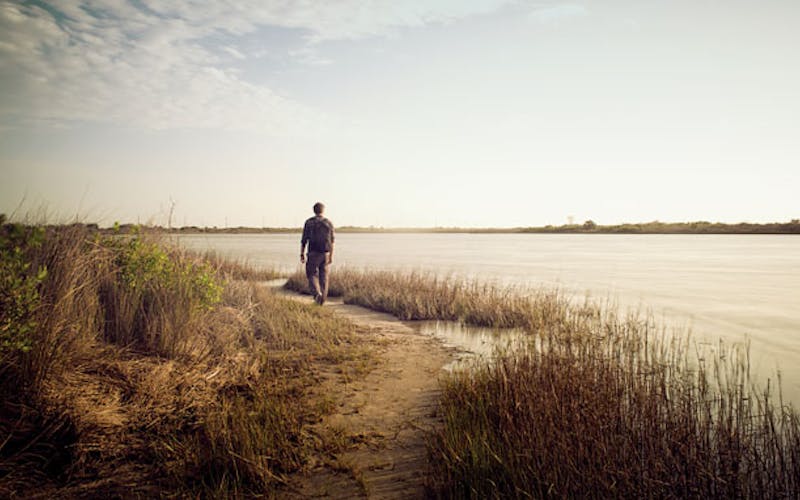 Galveston Island has almost fully recovered from Hurricane Ike, which means that the fishing is again consistent, the bird-watching reliable, and the dune-backed beaches, despite some sporadic litter, still some of the prettiest in Texas. Because I live in nearby Houston, I go to the park with almost religious regularity. Hoping to uncover something new, I decided this time to see the coastal tract by mountain bike—and bring along my five-year-old. After I installed her on our new trail-a-bike (thank you, Craigslist), “off-roading” took on new meaning, and we bumped along the park paths in tandem. As we swung around a corner on the aptly named Prairie Trail, the thigh-high grasses whipping by, a hawk swooped up from a low snag and led the way. We huffed and puffed behind it until the hawk abruptly soared higher than our eyes could follow. Later, we headed for Jenkins Bayou, a deserted spot on the park’s western edge, where we caught sight of a bright roseate spoonbill. The bird did its distinctive head waggle, sifting mud for tiny crustaceans. “That’s so cool,” said my daughter. I couldn’t have agreed more.

To get there: Galveston Island SP is always open. From Interstate 45, exit onto 61st Street and travel south. Take a right onto Seawall Boulevard (FM 3005/Termini-San Luis Pass Road) and drive about 10 miles to park headquarters (409-737-1222). Entrance fee is $5 per day.