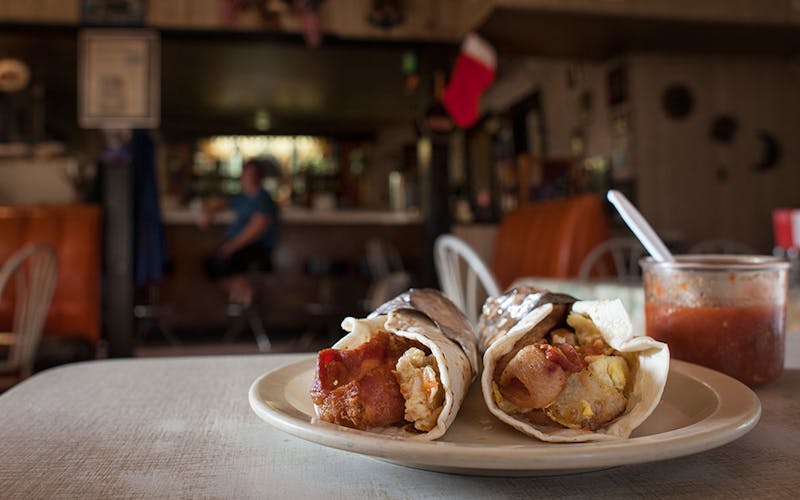 You wouldn’t know it from the outside, but Aguilera’s Café is a Fort Worth landmark. The restaurant, which lacks any exterior signage, has been going strong for 56 years inside a house on the city’s Northside. Santos Aguilera, whose father opened the establishment, does all the cooking—even making his own chorizo. The small menu (about four items) includes two breakfast tacos. The bacon and egg on flour is commendable, but it’s the carne guisada—a light stew of tomatoes, potatoes and cubes of beef—that wows. When my dining companions and I ordered a few, the waiter (Santos’ son) told us there would be a wait. Santos was finishing a second batch, he said. Less than five minutes later, three carne guisada tacos put were in front of our group. And then there was silence. We hope Santos has years of carne guisada ahead of him because when the elderly gentleman passes, so will his restaurant. Santos’s family can’t afford the renovations necessary to bring the building up to code after the grandfather clause expires.