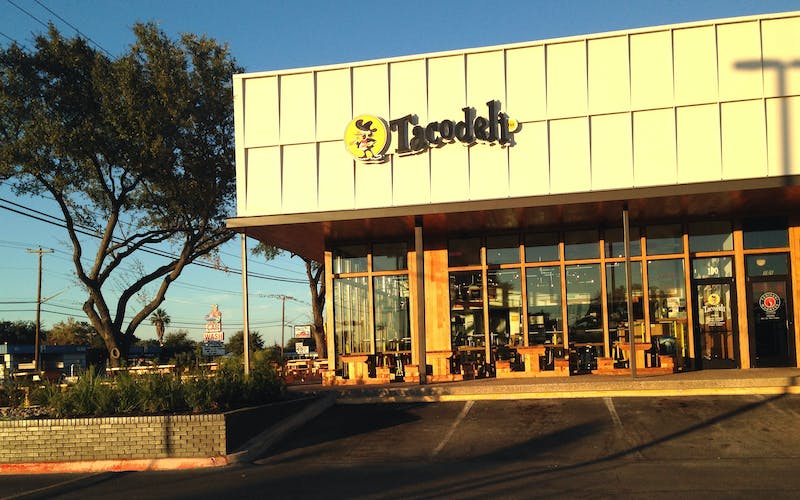 Only in Austin would a taco menu include half a dozen vegetarian and/or vegan options. But the owners here still know they’re in Texas—beef leads the menu, with eight choices. When Tacodeli launched in November 1999, founder Roberto Espinosa drew on his childhood in Mexico City and experience interning at a large hotel in Cancún to craft the menu. To that, he added his knowledge of Austin, where his family had lived since 1980. Co-owner Eric Wilkerson came on board in 2000, and by 2014 Tacodeli had expanded its brand of creative, Mexican-street-food-based tacos to a total of five Austin locations. Scattered from north to south, each one, from the tiny original on Barton Skyway (where you have to turn sideways like a crab to navigate the crowd) to the one on Burnet, their most recent iteration (with colorful walls and decor and roomy, tree-shaded sidewalk seating), has its own fiercely loyal following. Although the best-selling Cowboy Taco is hard to beat (loaded with beef tenderloin, grilled corn, caramelized onions, roasted poblano, guacamole, and queso fresco), the mole tacos are, if anything, even more compelling. Dark with chiles and slightly sweet, the sauce is poblano in style. Of three meat choices, the shredded organic pork is the most flavorful, augmented by a simple sprinkle of queso fresco, cilantro, and onion.