A Homecoming at Fort Bliss

Soldiers and their families wait desperately—and courageously—for the moment when they will be reunited. And when, for the lucky ones, it finally comes, it does not disappoint. 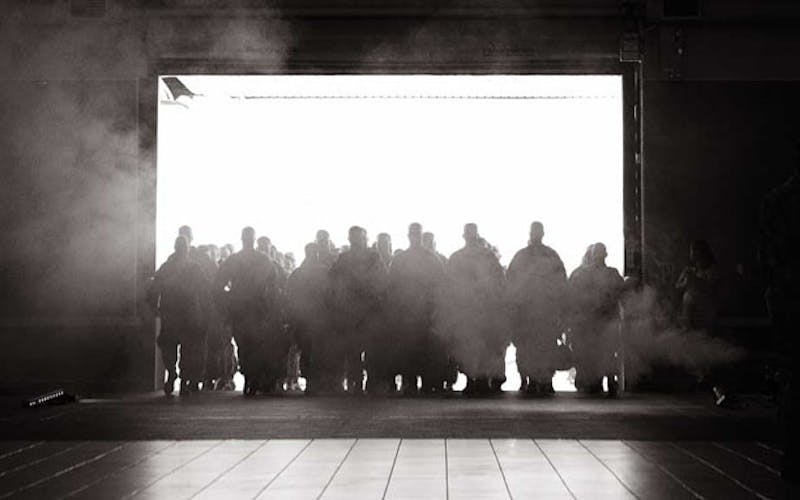 Of all the Army installations in the United States, none mobilizes or demobilizes more service members than Fort Bliss, in El Paso, which transitions some 26,000 soldiers, sailors, airmen, and Marines each year. But when families gathered to welcome back 48 soldiers of the 4th Brigade Combat Team, 1st Armored Division, who returned from eastern Afghanistan on the Friday before Memorial Day, something was different. It wasn’t that the troops, part of a select group of 300, were returning from a nine-month tour in which their primary mission was not to engage in combat but to advise Afghan security forces. And it wasn’t that, unlike so many other units that have returned to Fort Bliss in recent years, they brought back every soldier they left with.

No, the difference was that this time they and their families had something new to look forward to. The Iraq and Afghanistan wars have been a constant churn; almost all of these returning soldiers had deployed more than once, and some as many as five times. Their previous tour with the full brigade, an abbreviated stay in Iraq, ended in December 2011, after President Barack Obama ordered all remaining troops withdrawn. But just two weeks after that return to El Paso, they were notified that they would be leaving for Afghanistan in the spring of 2012. Now, with the Afghan combat mission set to conclude by the end of 2014—and the long slog of two difficult conflicts soon to be behind us—the soldiers of 4-1 AD, and all the other troops coming back to U.S. bases in the eighteen months ahead, can view their return with a realistic hope: that this time they’re home for good.