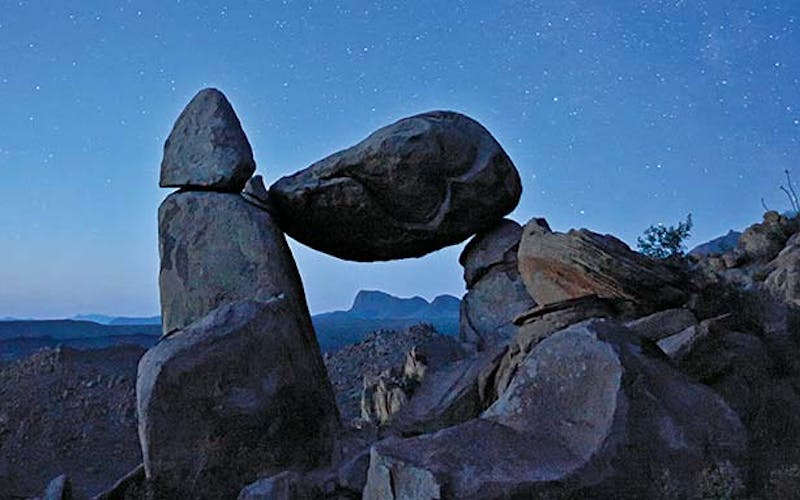 Exploring the park’s rugged landscape can sometimes take more determination than your average second grader can muster. Not so when it comes to Grapevine Hills, where jagged outcroppings and a field of misshapen rocks evoke the worlds of Dr. Seuss. A six-mile drivable dirt road drops you at the trailhead, no sweat, and then it’s just a mile hike to Balanced Rock, an east-west window created by an Econoline-size boulder that’s poised atop two stone pillars. From up here, you’ll catch sight of an army of mineralized rock figures basking in the sunshine like lopsided Bar-ba-loots waiting to march west across the arid Tornillo Flat; the Dead Horse Mountains rise in the distance, so named by an early surveyor who lost his favorite horse when it fell from a cliff. (The sun can be brutal, so bring water.) There are plenty of natural benches for resting, but given the trippy, lunar-like appearance of the eroded laccolith (the dome-shaped igneous rock that makes up these hills, related to the much taller Devil’s Tower that figured in Close Encounters of the Third Kind), you’ll be tempted to scamper around like a mountain goat—or a seven-year-old.