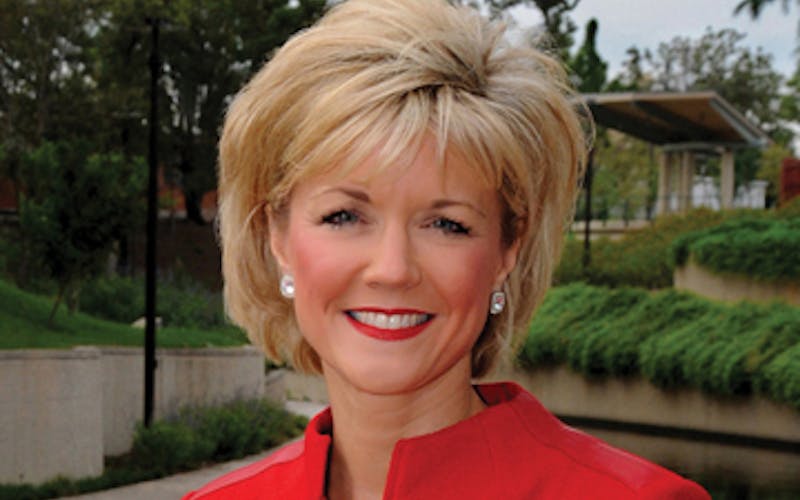 Carri Baker-Wells began as a marketing and communications specialist at the law firm of Linebarger Goggan Blair & Sampson, LLP, and today she is a key executive and chief operations officer for the firm’s San Antonio office. Wells says it’s important for women to pursue leadership positions because diversity makes for a stronger, more successful society. “Diversity in leadership gives the workplace different styles, perspectives and knowledge that lead to greater success,” she says. “Diversity’s strength is rooted in the experiences and struggles that shape an individual.” Wells earned her BBA in marketing at Texas A&M Mays Business School and has since continued her affiliation with the university, volunteering for the Association of Former Students as well as in 2000, becoming the first female president of the 12th Man Foundation. She is also an active volunteer in the San Antonio community, having served as chairman of the Greater San Antonio Chamber of Commerce, the San Antonio ISD Foundation, Go Red for Women, and on the boards of Teach for America and the San Antonio A&M Club. And her devotion to building a future full of strong female leaders is evident in her continued involvement with the Girl Scouts, whose Southwest Texas chapter named her a “Girl Scout Great.”