No. 5 Hunting and Fishing

How to tie a Texas rig.

More than fifty years ago, a fisherman on Lake Tyler speared a plastic worm on a hook in such a way that he anchored the worm and buried the barb. This technique, known as the Texas rig, revolutionized bass fishing. Why? “Before the Texas rig, lures had exposed hooks,” says Wayne Kent, the president of the Tyler-based Creme Lure Company. “If you fished near a brush pile, the hook could burrow in the wood.” Now you can cast into wooded spots that bass love. To tie a Texas rig, you need a plastic worm, a hook, and a bullet weight. Thread the weight, tie the hook to a line, then: 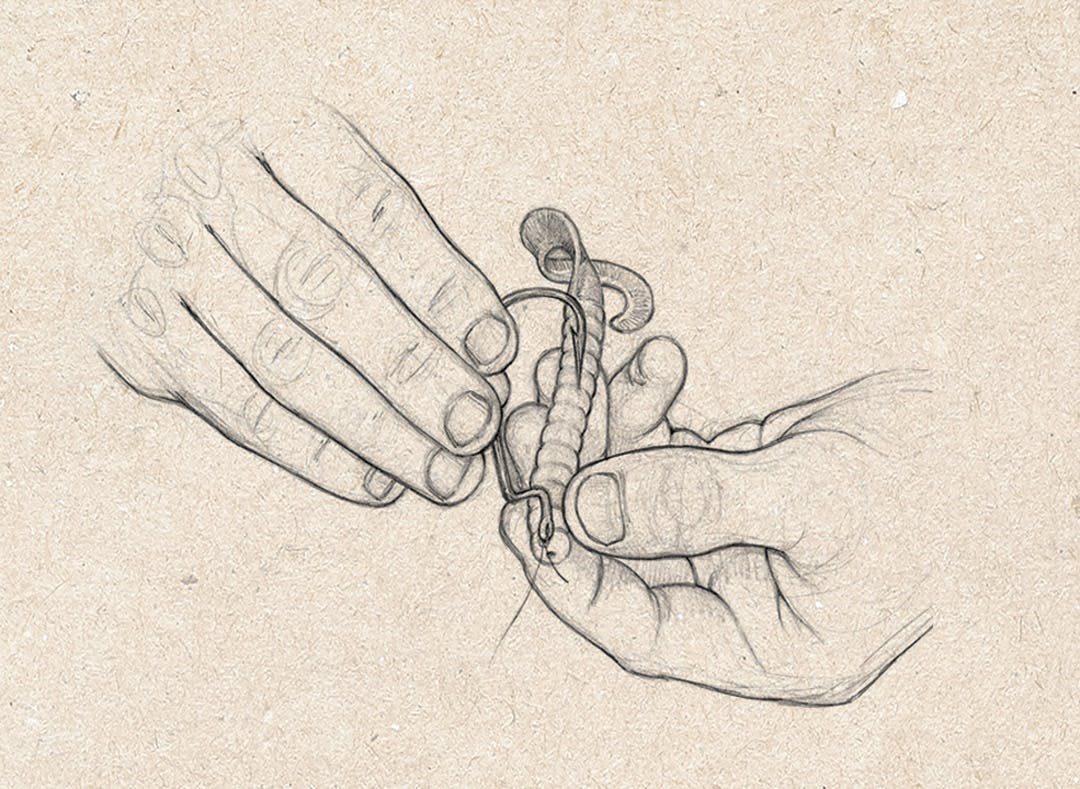 1. Insert the barbed end of the hook into the tip of the worm’s head. Push it down about a quarter of an inch until the barb pokes out. 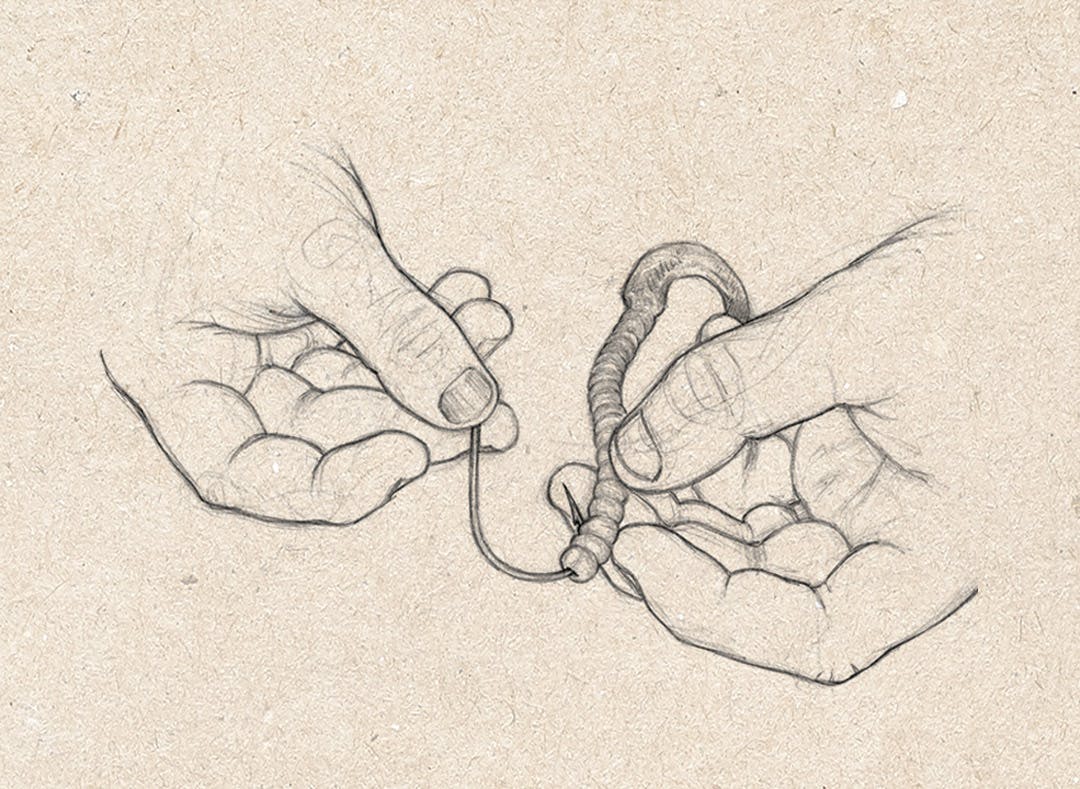 2. Push the hook until the eyelet is flush with the worm, then give the hook half a turn so that it is parallel to the worm. 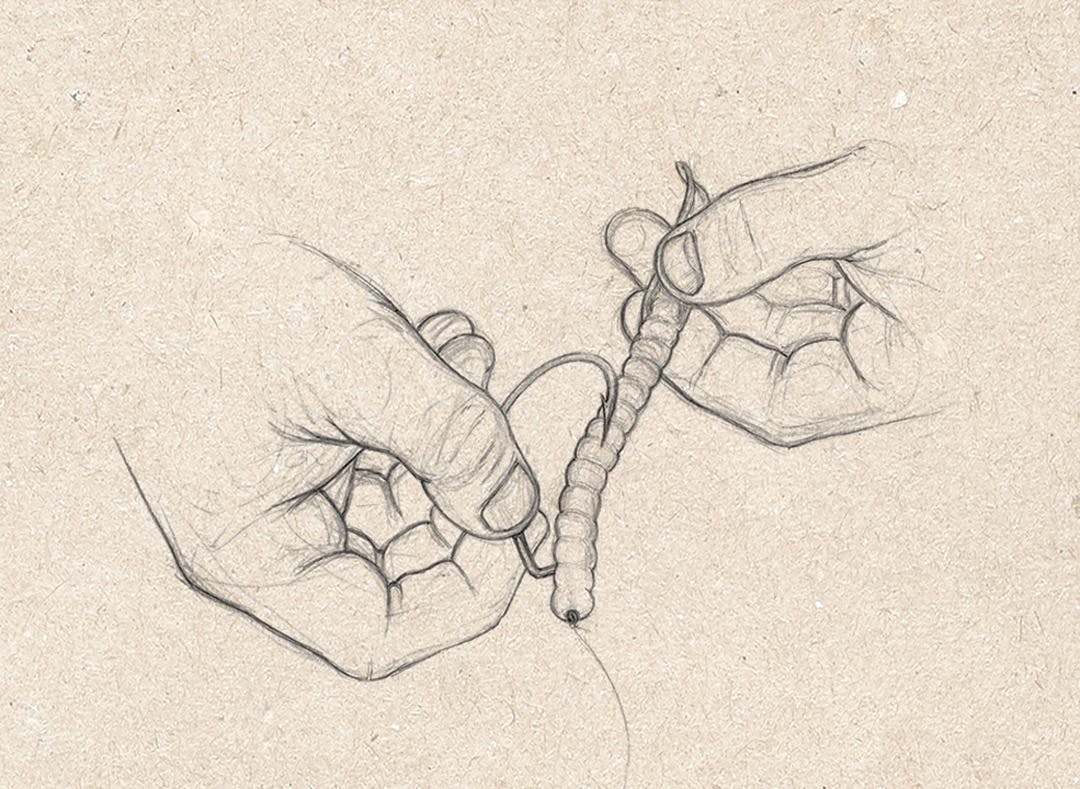 3. Bend the bait and insert the point again. 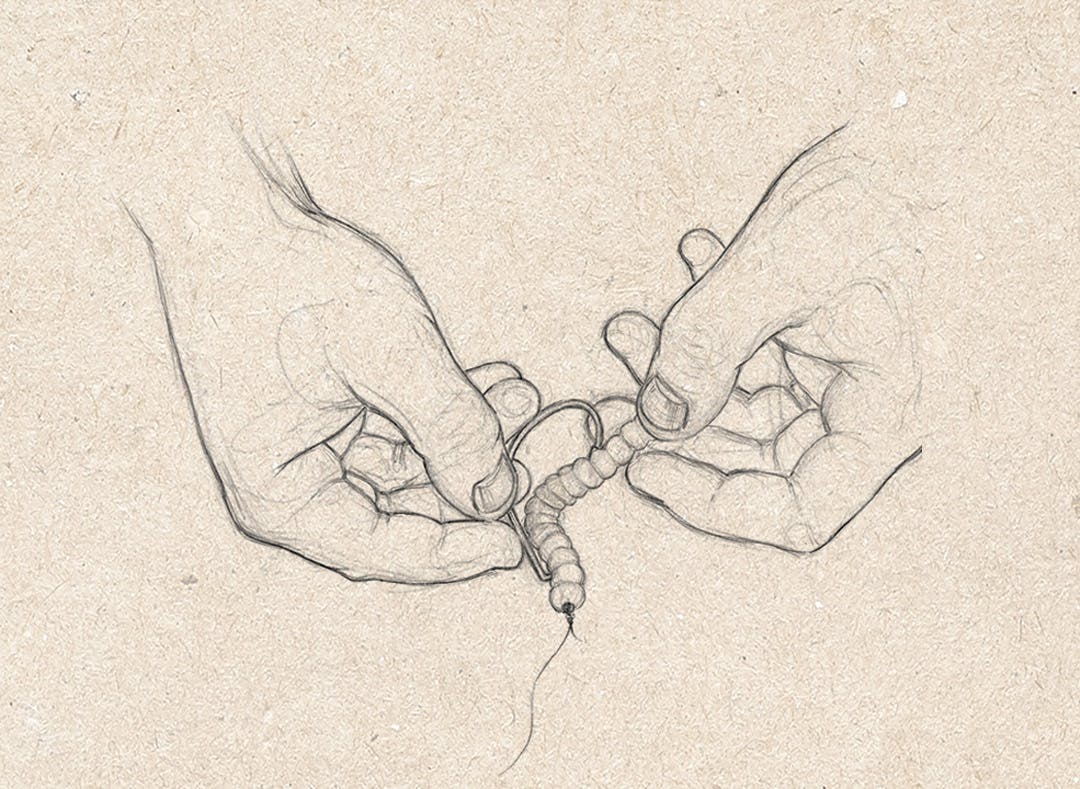 4. The barbed end should now rest flat against the worm, which is impaled by the hook at two different points. 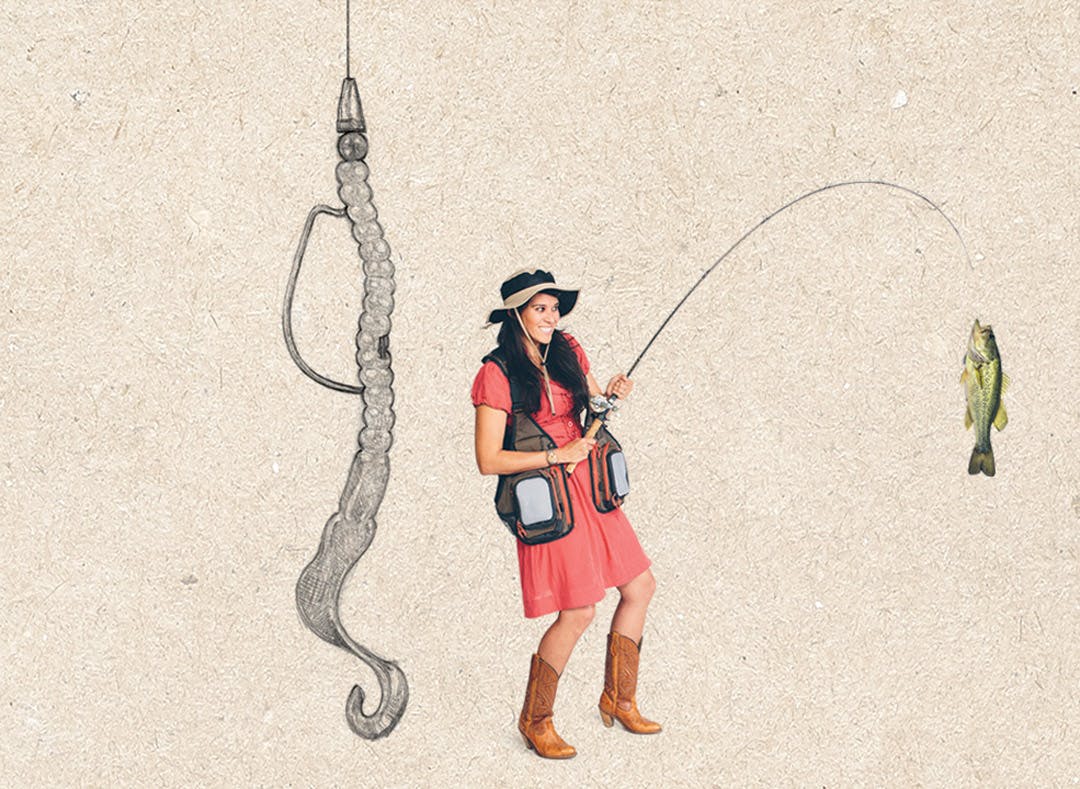 5. Lift the worm between the entry points and bury the barbed end until the point is slightly embedded.