No. 4 Allen and Debbie Johncock 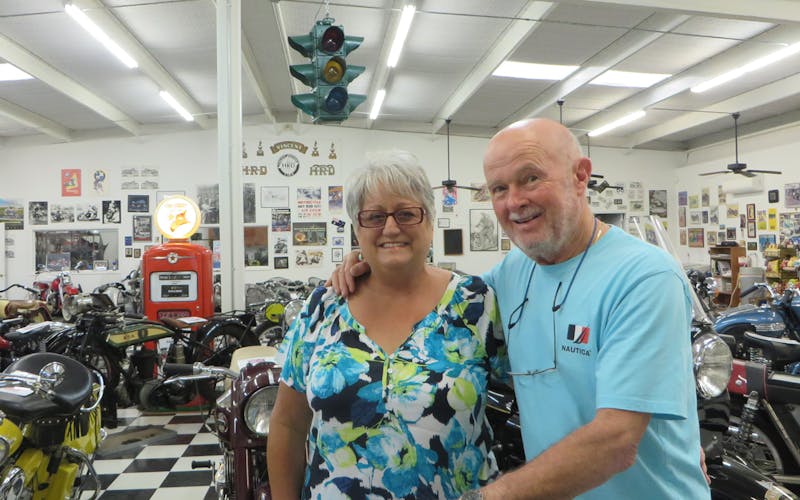 Every once in a while you experience a “Wow” moment. Meeting Allen and Debbie Johncock, the owners of the Lone Star Motorcycle Museum, is such a moment. Finding the museum tucked away in the Sabinal River valley near Lost Maples State Natural Area is a discovery of its own. The Johncock’s opened the museum before biking became so popular. They are proud to show off their collection of over 50 bikes dating from 1916 to the present. Each bike has been painstakingly restored by Allen and between Allen and Debbie they can tell you the history of each one. Allen raced many of the bikes and his awards and mementoes are all around. Ask Allen why he built a museum in such a remote area and he will tell you, in his Australian accent, that the reason is the hills surrounding Vanderpool, with their many twists and turns, provide some of the best biking in the country. Grab a soda or a bottle of water, take a break from your open road adventure, catch a glimpse of biking history, or sit on the porch soaking in the view of the hills. You may even learn a little about the culture from “down under” and the resilience of country living in an area where neighbors know neighbors and cell phone coverage is often spotty at best.