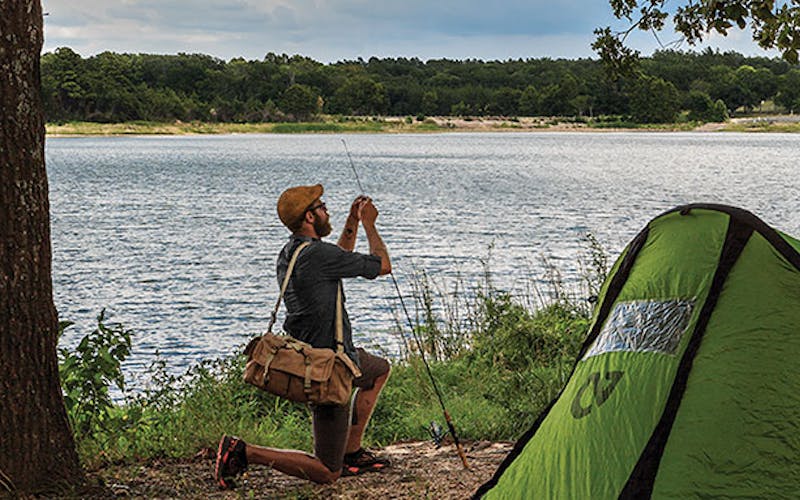 As I trekked along the shady portions of Trail 3, a 6.5-mile route in the Caddo National Grasslands WMA, trying my best to avoid poison ivy, it occurred to me that you don’t necessarily have to head west to find the Texas frontier. The rolling hills and broadleaf forest above the Sulphur River have a rough-hewn beauty all their own. The main portion of the grasslands is the heavily wooded 13,360-acre Bois d’Arc Creek Unit, which has two small lakes, and though trail riders and anglers can make it feel a bit crowded on weekends, during the week the forest feels almost entirely yours. The larger lake, Coffee Mill, is reputed to have some of the best crappie fishing in the state, but after my walkabout, I set up camp near Lake Crockett instead—and I can testify that the fishing is still pretty good. I grabbed my rod and within a few casts had caught my first crappie. Nearby, a couple of tween boys managed to reel in a three-pound largemouth. Later a chuck-will’s-widow sent his whistle into the night, over and over, and a beaver slapped the lake with his tail. The sounds of the Wild East.