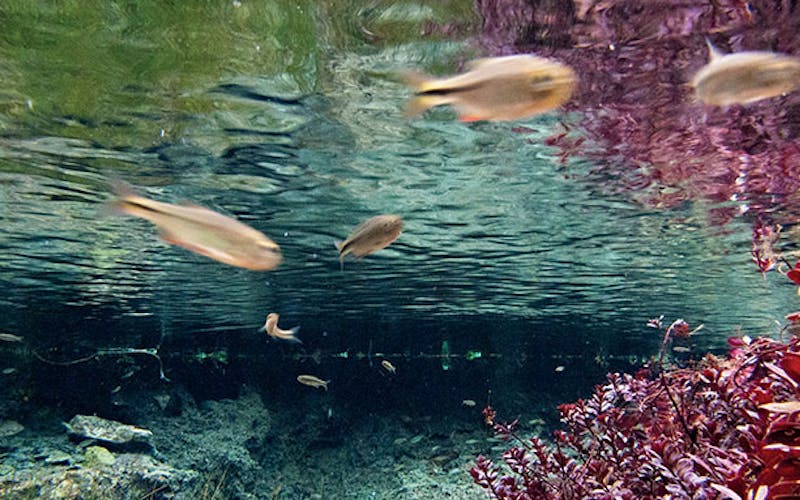 A bearded man was busy trapping small birds in a cage. They were brown-headed cowbirds, brood parasites that leave their chicks to be raised in others’ nests. The man was Corbin Neill, the manager of Independence Creek Preserve, a 20,000-acre area about halfway between San Antonio and El Paso that’s owned by the Nature Conservancy. Strange as it was to find a conservationist snaring birds like this, Neill had a simple explanation: managing the cowbird population improves the reproductive rates of songbirds on the property, including those of the black-capped vireo, a shy and elusive federally protected species. He paused to release a red-winged blackbird that had mistakenly been caught, then turned his attention back to trapping cowbirds. Neill meant business.

So does the Nature Conservancy. The preserve is one of 39 properties the national environmental group owns and manages in Texas, where its efforts have protected a landmass equal to the size of Rhode Island. Here, where the Hill Country gives way to Chihuahuan wilderness, juniper stands share canyons with desert scrub, while plateau grasslands help sustain whitetail deer, wild turkey, and quail. I saw this wildlife—and more—as I camped by the clear, cool waters of Independence Creek, but the real showstopper was Caroline Spring, whose five thousand gallons per minute feed the creek and recharge the Pecos River below. Thanks to a series of weirs, the spring also feeds an eleven-acre lake, whose emerald waters I found as intriguing as my lesson in bird population control.

Getting There: From Sheffield, travel 22 miles south on U.S. 349. Independence Creek Preserve is open to the public on select weekends only; go to nature.org/texas for dates. Registration required for campers. Free.