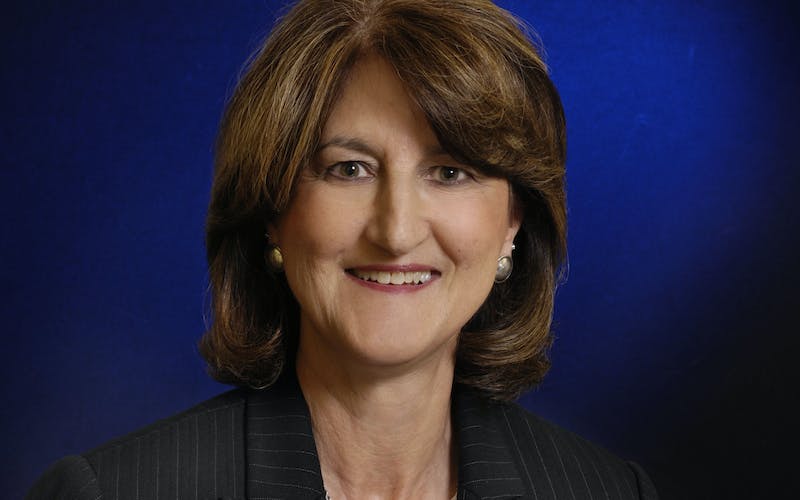 To say college athletics is a male-dominated field is an understatement, but with women like Lynn Hickey in leadership positions, female athletes and coaches are inspired to fulfill their dreams. As the director of athletics (AD) at the University of Texas at San Antonio since 1999, Hickey has overseen UTSA as it won three conference commissioner’s cups, two all-sports trophies, and both team and individual academic and athletics awards in all 17 university-sponsored sports.

She is the first and currently the only female Division 1 FBS AD in the state of Texas and one of only six in the nation. She came to San Antonio from Texas A&M, where she served as head women’s basketball coach and associate athletics director/senior woman administrator from 1984-94, and after retiring from coaching was promoted to senior associate athletics director until she left for UTSA. She led the ’93-’94 team at Texas A&M to the NCAA Tournament Sweet 16 and finished her 15-year collegiate coaching career with an overall mark of 279-167. She says she’s especially grateful to her bosses at Texas A&M for their groundbreaking move in promoting her to full-time athletics administration as senior associate AD, giving her oversight of women’s and men’s sports. “Being a female administrator in collegiate athletics with oversight of men’s sports was very unique at the time,” she explains. “Texas A&M had faith in my abilities and the courage to do something out of the norm. My time there prepared me to assume the role of athletics director at UTSA.”

Prior to her run at Texas A&M, Hickey was the head coach for women’s basketball at Kansas State University (1979-84), leading the team to five consecutive national tournament berths; she was inducted into the Kansas State Athletics Hall of Fame in 2004. “I’ve had great opportunities to help build athletic programs at three major universities,” Hickey notes. “It has been extremely rewarding to work with young people and watch them grow and mature as students and citizens. To be even a small part of their success is very humbling and fulfilling.”