On writing about the darkest sides of humanity. 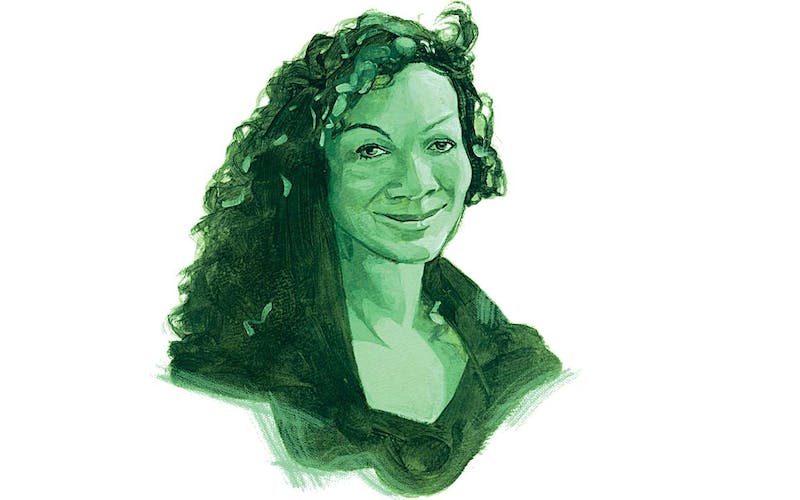 Cynthia Bond’s debut novel, Ruby, had the sort of reception every first-time author dreams of. There were rave reviews in Kirkus and People, and sales leaped when it was named an Oprah’s Book Club 2.0 selection. The story of Ruby Bell, a black woman from rural East Texas who descends into madness after a life of unspeakable violence and tragedy, has even been optioned by Hollywood, with Bond writing the screenplay.

But a small subset of readers hated the book’s explicit portrayal of various forms of abuse. One Amazon reviewer wrote, “It was so vile, there were many pages I couldn’t read.”

“People ask, ‘How can you write about things that are this difficult?’ ” Bond says, sitting in the dining room of her Los Angeles home. “I just say, ‘The stories that I’ve heard are far more difficult than the ones that I put in there.’ ”

Many of those stories are ones that Bond grew up hearing. The 54-year-old writer was born in Hempstead, an hour northwest of Houston, and lived there until the age of 6, when her parents relocated to Kansas. She remembers making the drive back for every wedding and funeral and spending summers at her grandmother’s home in Beaumont. “We always felt like we were Texans,” she says.

The book draws on a great deal of family lore, most hauntingly the handed-down tales of the unsolved crimes committed against two of her aunts. According to Bond’s family, nearly a century ago a white sheriff and his deputies targeted eighteen-year-old Carrie Marshall because she was involved in a relationship with her married white employer, whose well-connected wife, it is said, sought revenge. She was detained along with her sister Iantha, who was raped by officers. Carrie was killed.

Vintage photos of the two women hang on one wall of Bond’s dining room. Teenage Carrie is dressed modestly, sitting primly on a porch. In another frame, a grown-up Iantha strikes a glamorous pose, flaunting the stylish finger waves of the thirties. “Her whole life, my mother has wanted somebody to tell their story,” Bond says. “There’s been no justice.”

This fall, Bond plans to return to Southeast Texas with her mother to uncover more family truths, tall tales, and traditions for the sequel to Ruby, which is the first installment of a trilogy. They’ll spend time interviewing elderly family members who’ve never left the area. “Everyone has their own version of the things that happened,” she says. “Some of them are in their eighties and nineties; I want to talk to them before they die.”

But even while she’s delving deep into the past, it will be tough for Bond to ignore the present. Sandra Bland, whose recent death in a Waller County jail cell sparked a nationwide outcry, died in Bond’s hometown. And Bland was arrested while en route to a new job at Prairie View A&M University, where Bond’s father once taught English. Bond doesn’t yet have a concrete plan, but she can imagine the shape of the trilogy shifting to make way for today’s headlines. “The injustice,” she says. “It echoes.”

How Bond Kept Her Sanity While Writing About the Darkest Sides of Humanity: “I wrote one section of Ruby in a church. And I’m really glad I did! I know this sounds a bit odd, but I would say to the characters, ‘You are not coming home with me. If you want your story told, you have to stay here.’ I was going home with just me.”