The selected tweets of Manual Gonzales, every bit as funny and odd as his stories. 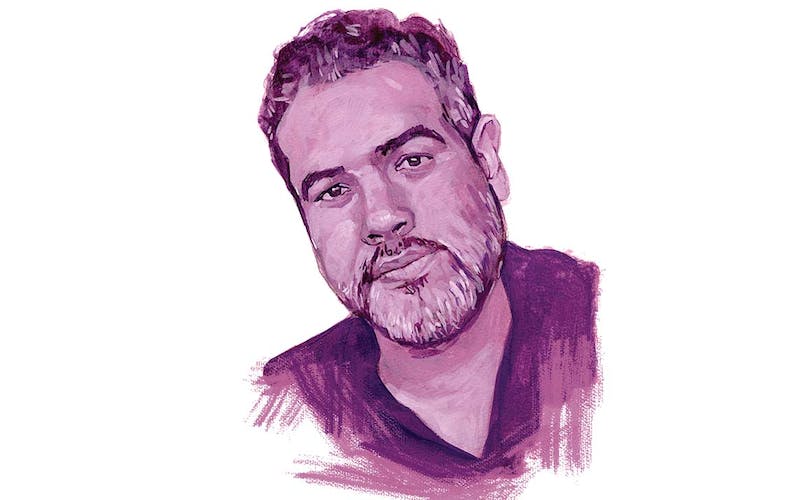 Growing up in Fort Worth and Plano, Manuel Gonzales read tons of fantasy and science fiction. Even as a UT–Austin undergraduate who was immersed in “literary” fiction, he never lost his taste for the fantastical.

Gonzales’s 2013 debut collection, The Miniature Wife, reflects that sensibility; each story creates a small, hermetically sealed world (a plane that has been circling Dallas for twenty years, a video game in which an avatar achieves self-awareness) that follows rules different from those of our own world. His first novel, The Regional Office Is Under Attack!, due out in April, is yet another hybrid of high and low, a book about a “coterie of super-powered female assassins [who protect] the globe from annihilation.”

One of the assassins, as it happens, is from Texas, a locale that shows up in much of Gonzales’s work. “It’s a landscape and people that I’m very comfortable with,” he told a book club two years ago. “Which makes it easier for me to create a scene, create a place that feels—to me, anyway—imaginable and believable.”

When he’s not working on his fiction, the 41-year-old Gonzales teaches creative writing at the University of Kentucky, in Lexington, where he and his wife, Sharon, and their children, Anabel and Dashiell, now live, and keeps up a regular stream on Twitter that is every bit as funny and odd as his stories.

@hrniles June 5, 2013
By my count babies outnumber adults on this plane. Almost none of them fit into the overhead compartments.

@hrniles  September 1, 2013
So weird that there’s no kids menu at the Yellow Rose. Guess its steak for the kids. #whereareallthefamilyfriendlystripclubs?

@hrniles  September 23, 2013
Am currently on the most humid Newark Airport Express bus in all of time. We are cultivating our own ecosystem here.

@hrniles  February 4, 2014
Hey, it’s officially February 4th! Paperbacks of THE MINIATURE WIFE are now available. People have been lining up since 6am! #noreally

@hrniles  March 6, 2014
There are no bears in Texas. (Famous last words before we take our inaugural family camping trip.)

@hrniles  April 8, 2014
Gate’s not closed yet and the woman next to me is already into the Sky Mall Magazine. Pace yourself, Lady. It’s a marathon, not a sprint.

@hrniles February 20, 2015
Shout out to the blue-haired young woman in the book signing line in Vegas who suggested I write fairy tale erotica. #booyah

@hrniles september 1, 2015
Oh hey! Kentucky has mosquitoes too! Did you know? Now you know! Not just Texas. Kentucky too. Yay! I sure did miss them.

Where Do Writers Get All Those Crazy Ideas? Gonzales was once inspired to write a zombie story by his experience as a high school teacher “surrounded by soul-crushing tenth graders.”