Honorable Mentions
12/25
ROOKIE OF THE YEAR:… 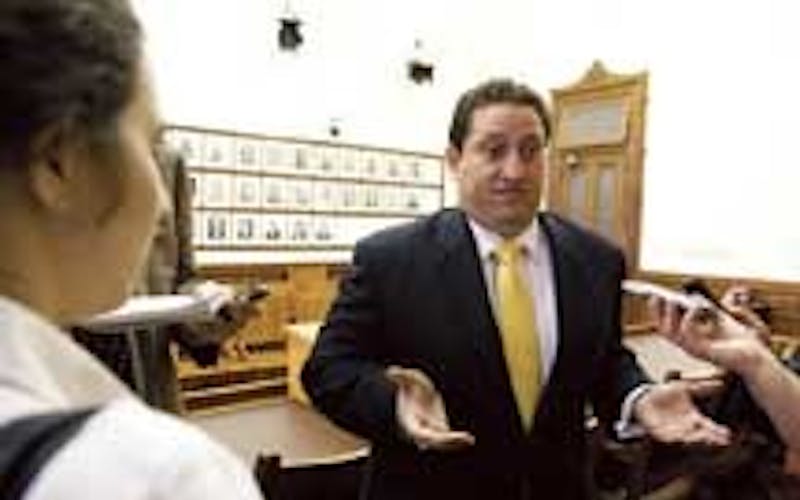 Acronyms are commonplace in the Capitol; they refer to agencies, funding strategies, and state programs. This session, however, the most dreaded acronyms were TMF and POO. If you wanted to alarm a Republican, you could just utter these fearsome letters, which stand, respectively, for “Trey Martinez Fischer,” the San Antonio Democrat known for his combativeness, and “point of order,” the parliamentary tactic with which he waged war on the majority. TMF did not come to the Legislature to play nice. Heavily outnumbered, he and his Democratic allies spent most of the session poring over bills, looking for technical flaws they could bring to the Speaker’s attention. Every POO meant another huddle at Straus’s desk and hours spent arguing over the rules—hours during which the Republicans could not pass their agenda.

Well-timed POOs were the Democrats’ only credible weapon this session, and TMF fired them off brutally, ceaselessly, and without mercy. Unfortunately, he didn’t know when to stand down. His antics eventually imploded the House. During a bitter weekend in May, setback after setback finally drove Republicans to flex their majority might and employ a rarely used procedural maneuver that shut off all debate on a contentious tort reform bill. After this, the Dems were effectively powerless. Enraged, TMF used a closing speech to turn the front mike around—an unheard-of impropriety—and scold Straus directly.

What are we to do with such a man? The Bull of the Brazos Award, named for former Bryan lawmaker William T. “Bill” Moore, honors those members for whom “the line between a scoundrel and a statesman can be hammered too thin to recognize.” Although some of TMF’s critics may suggest that the “statesman” portion of his résumé is somewhat thinner than the “scoundrel” section, they will have to concede that without TMF the Democrats would have had no champion at all. He fully deserves the accolade given to the nineteenth-century Irish patriot/villain Daniel O’Connell: “The only way to deal with such a man is to hang him up and erect a statue to him under the gallows.”

Honorable Mentions
12/25
ROOKIE OF THE YEAR:…