THE BEST: Will Hartnett
4/25
THE BEST: Senator Robert… 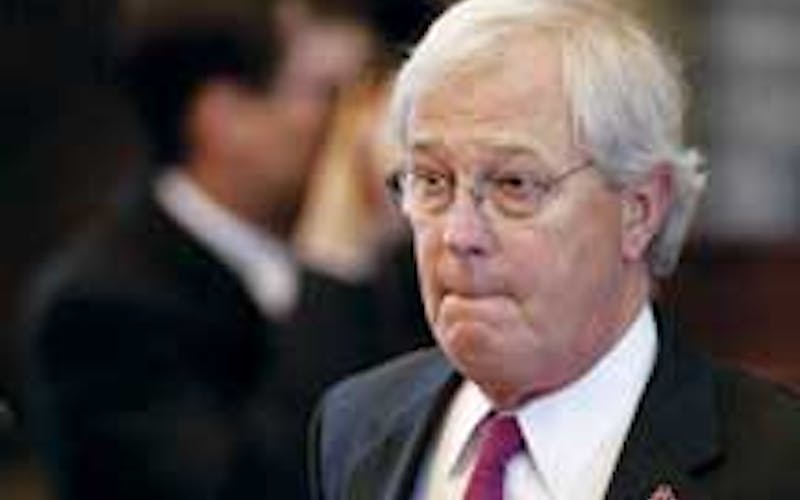 His position in the house—chair of the Administration Committee—sounds like the job description of a hapless Cold War apparatchik in the Kremlin bureaucracy, but don’t be fooled: Charlie Geren is the glue that holds the Straus team together. Anything that happens in the House must go through his committee—every travel voucher, every request for a parking place, every office expense—with the result that Geren accumulates useful knowledge about members. He is the person whom Straus counts on to put out brush fires and keep his inner circle intact, the kind of guy who, if you asked him what he did all day, would reply, “If I told you, I’d have to kill you.”

So what does he do all day? The answer is, everything. He’s the floor manager who whispers in Straus’s ear, keeps up with what committee chairs are doing, and offers advice to members who are trying to pass bills. It doesn’t hurt that Geren has a personality as expansive as the Capitol dome. During freshman orientation, in early December, he bonded with the newcomers, many of whom brought with them to Austin deep anx­i­eties about Straus, and it was under Geren’s affable tutelage that many of these anxieties were relieved.

Just because Geren is friendly doesn’t mean that he isn’t a force to be reckoned with. When he was named to the joint committee charged with writing the school finance bill, some questioned whether he knew anything about school finance. “Well,” a legislator told us, “he doesn’t. But he knows something about negotiating.” Geren is the proprietor of a well-known Fort Worth barbecue joint (the plastic cups display the words “Life is too short to live in Dallas”), and he has smoked many an opponent with his rhetoric. His latest victim was a constitutional amendment intended to protect religious freedom. Geren argued that it would do the opposite. “I believe in four things in this life,” he said. “God, Texas, our Constitution, and football. I will not set one against the other, because no matter what happens, we all lose.” As usual, Geren didn’t.

THE BEST: Will Hartnett
4/25
THE BEST: Senator Robert…