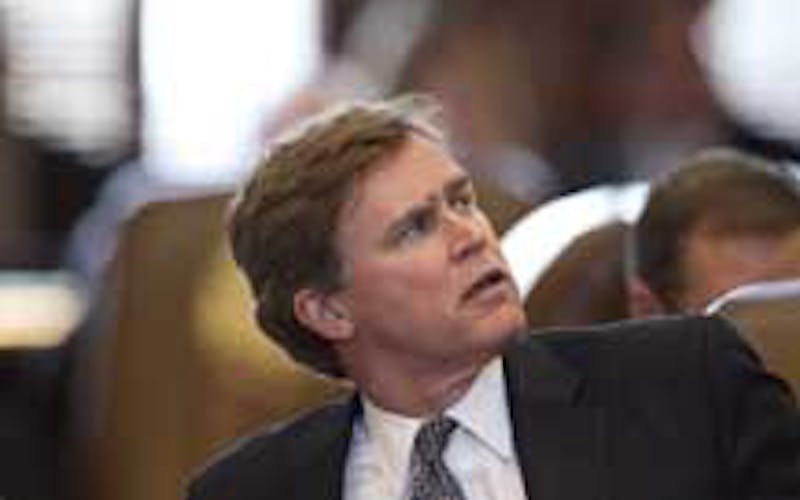 After his childhood friend Joe Straus became Speaker, in 2009, Dan Branch could have had any assignment he wanted. Most members would have wanted a chairmanship of one of the power committees—Appropriations, Ways and Means, or Calendars. Branch chose Higher Education. That’s the essence of Branch—he doesn’t care about status; he cares about making a difference. He believes that Tier I research universities are the future of the state, and he wants to be in a position where he can help more institutions achieve this status.

This was an unusual session for Higher Ed, a committee that normally does not generate a lot of noise. Most of Branch’s agenda was useful tweaking: requiring students seeking Texas Grant scholarships to demonstrate academic prowess, providing new money for universities with Tier I ambitions, tying funding for state universities more directly to graduation rates. Then, into these calm waters sailed Governor Perry, flying the reform flag and blasting away at the state’s flagship universities with his “Seven Breakthrough Solutions,” a controversial package of ideas produced by the conservative Texas Public Policy Foundation. Suddenly the seas were choppy. A steady hand was needed, someone who could turn Perry’s criticisms of higher ed in a positive direction. Straus promptly named Branch co-chairman (with Senator Judith Zaffirini) of an oversight committee for higher ed.

Branch will never be one of the more popular members. His role is that of a man apart, like a senator in the House. He represents Highland Park, one of the wealthiest areas in the state, and, like Straus, he is just too smart, successful, and straitlaced to be one of the boys. Political savants have long believed that he harbors ambitions for higher office, presumably attorney general. In the meantime, his new assignment might have some fringe benefits: Co-chair of the higher ed oversight committee is not a bad position from which to build a constituency of influential alums—and, maybe, find a way to get the governor to take some good advice.