THE BEST: Senator Steve…
2/25
THE BEST: Will Hartnett 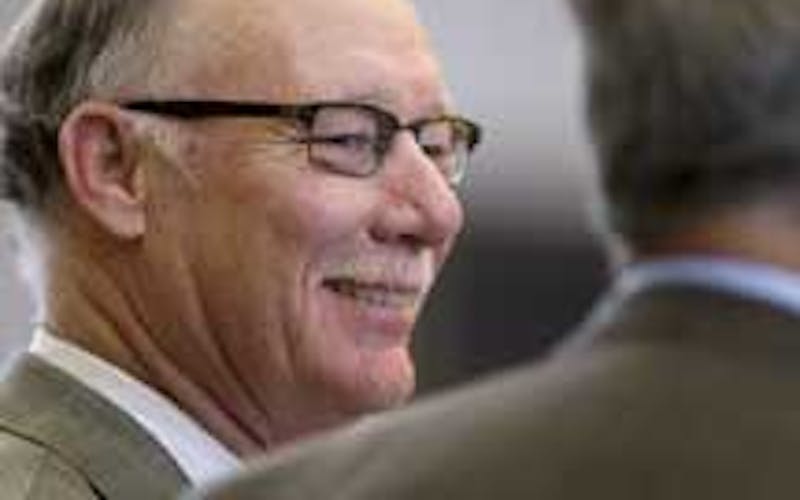 A primer for how to make the Ten Best list might read something like this: First, pick an important issue and introduce a bill that addresses it in a pragmatic way. Second, take on a giant industry, like oil and gas. Third, earn the praise, unusual for a Republican, of the Sierra Club, the Texas League of Conservation Voters, and the Environmental Defense Fund. Last, have your legislation highlighted—in the New York Times, no less—for changing the debate on an issue of national importance.

Jim Keffer’s bill deals with hydraulic fracturing, commonly known as fracking, a process in which oil companies inject a cocktail of chemicals under high pressure into energy-rich formations in order to make extraction more efficient. The process has become controversial in recent years, largely because formations like the Barnett Shale, in North Texas, underlie populated areas, creating concerns among residents about contamination of groundwater. Keffer’s bill requires companies to disclose the chemicals being used in each well—over some industry objections—while providing a method for addressing companies’ claims that their mix of ingredients should be considered a trade secret.

Complex bills like this one, especially those that involve entire industries, are extremely difficult to pass. Keffer’s was no exception. Several companies (among them Devon and Halliburton) fought the bill, and in the end the mice nibbled enough of the cheese that the environmental groups were lukewarm about the final product. Nevertheless, the EDF’s Scott Anderson was effusive in his praise of Keffer: “At the beginning of the session, the majority of the industry opposed the very concept of mandatory disclosure. Keffer stood up to them. He never wavered in his commitment to cover all chemicals.”

Quiet and serious, with an almost invisible mustache and scholarly glasses, Keffer could step right into a cinematic role as headmaster at a boys’ prep school. He typifies the kinds of members who once dominated the House, canny, practical-minded rural legislators (often from West Texas) who served under the speakerships of Billy Clayton, Pete Laney, and Tom Craddick. Some had an R after their names, some had a D, but all had an intuitive feel for politics that came from growing up in the country. Those days are almost gone now, but you’ll never convince Keffer that we weren’t better off with the kinds of politicians they brought to prominence than with the grim, inflexible ideologues who have come to replace them.

THE BEST: Senator Steve…
2/25
THE BEST: Will Hartnett