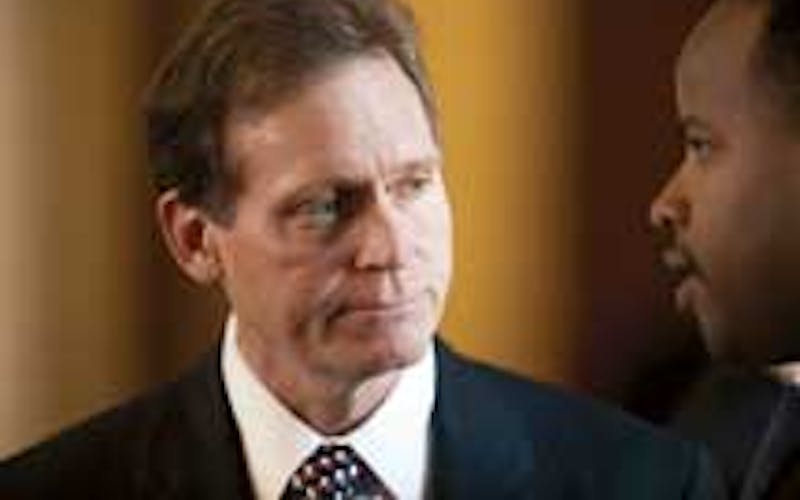 As corny as it sounds, John Zerwas is the closest thing the Legislature has to a saint. His job this session, as chairman of the House Appropriations subcommittee on the health care section of the budget, was to listen, in meeting after meeting, to the testimony of people who depend on services facing deep cuts. A typical hearing found the room filled with supplicants in wheelchairs, clad in ponchos as a symbolic plea for lawmakers to use the Rainy Day Fund.

They had come to the right place. Zerwas was one of the few House Republicans who unequivocally supported using the fund to cover shortfalls in health care spending, despite criticism from self-anointed fiscal watchdog Michael Quinn Sullivan. “I think that most of my colleagues are hearing the same thing that I’m hearing from my constituents,” Zerwas told the Fort Bend Herald, “and this is, it’s raining out there and this is money we have specifically saved for this purpose. We expect the lawmakers up here to put it to the highest and best use that they can. And I don’t think the highest and best use is sitting in a savings account when we have the amount of needs out there that are not going to be met otherwise.”

Health care debates are particularly challenging because they tend to inflame the passions of the true believers on the far right, but here Zerwas’s training as a physician serves him well. He never engages in ideological battles, never panics. He just argues cause and effect, as a man of science is trained to do. If we don’t raise provider rates, Members, then doctors and nurses will not be able to afford to treat patients. What separates Zerwas from other members is that he uses his time on the House floor to speak from his medical experience. His purpose is to educate, and in a session as hellish as this one, that was grounds for beatification.