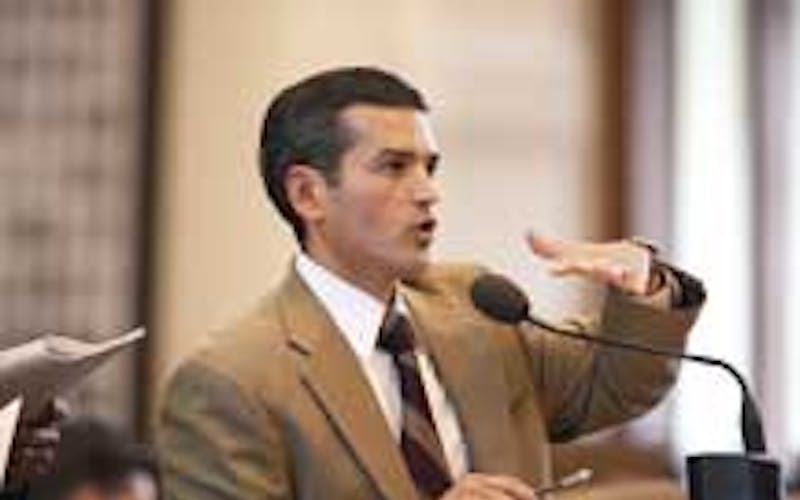 It was next to impossible for a Democrat to be effective in a House with a Republican supermajority, but Mike Villarreal, a wonkish Aggie with a Harvard graduate degree in public policy studies, found a way. Early in the session, he proposed an amendment to the House rules that required the Legislative Budget Board, the fiscal gurus of the Capitol, to prepare a report on the economic effect of the House appropriations bill. As a rule, nobody reads such reports, but this one was different. Villarreal had planted a nasty time bomb with a delayed fuse. When the LBB released its findings, in March, the projected numbers were front-page news: an estimated 335,000 jobs lost due to the cuts in the House bill, a projected decline in the gross state product of $19 billion, and a drop in personal income of $17.2 billion. Kablooey.

This became Villarreal’s trademark: If he couldn’t get the votes to pass his own bills, he could at least call attention to other people’s bad legislation. Next up, a dark corner of the tax code that provided natural gas producers with a little-known tax break called a high-cost gas exemption. As was the case with the LBB report, Villarreal’s research provided information that was previously unknown by most members, staffers, and lobbyists in the Capitol. His most telling revelation: The value of the tax break since 2004—some $7.4 billion in lost revenue—was more than enough to fund the shortfall in public education.

Very few members bother to do this kind of research, which is often thankless. You have to be wonky (check), driven (check), and you have to care (check). Most of all, you have to believe that you can find something important that people will actually act on, even if you’re a Democrat in an overwhelmingly Republican legislature. You have to start somewhere.