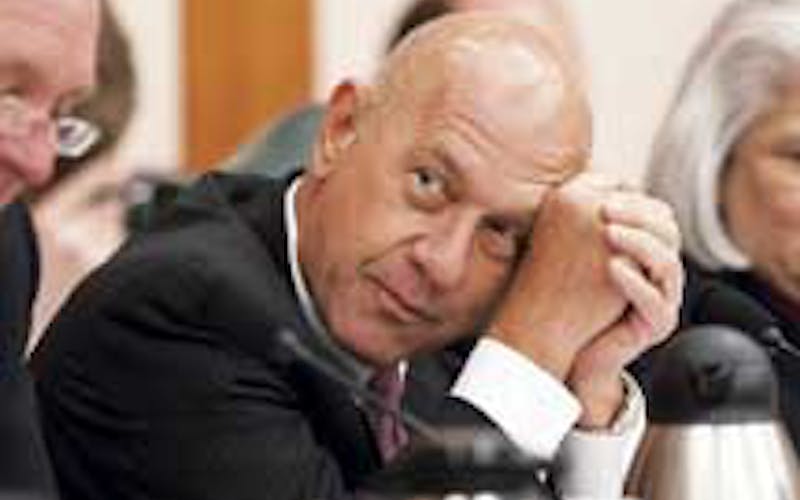 In an early meeting of the Senate Finance Committee, John Whitmire waited until one of the state’s budget analysts was done reciting a list of proposed cuts to programs that served kids with disabilities and then said, “I enjoy the math, but it’s not putting a face on the decisions that we have to make.” As the weeks passed, Whitmire’s effort to “put a face on the cuts” became one of the few effectively compassionate themes in an otherwise brutal session. After 28 years in the Capitol’s east wing (and 10 in the House before that), Whitmire treats the floor of the Senate like his living room, holding court from his desk in the rear of the chamber, where members from both parties gather to cut up and chew the fat. He grumbles off-mike in committee meetings like an old bachelor talking to his television. Still, when the dean talks, people listen. Republicans know he is not an ideologue; when he gets angry, the anger is real, not calculated. And they know he is somebody with whom they can make deals.

That’s why Finance chair Ogden let Whitmire write the public-safety section of the Senate budget, even after he’d voted no on the health and human services portion. Despite the enormous shortfall, Whitmire, the Senate’s expert on criminal justice, managed to wrangle enough money to continue his progressive prison-diversion programs, which have helped stabilize the decades-long growth in the state’s prison population. For the first time in modern Texas history, the state will actually be closing a prison rather than building new ones. In a session where the budget fight overshadowed most major reform initiatives, Whitmire (along with his counterpart in the House, Jerry Madden) quietly completed his overhaul of the Texas Youth Commission, a task many years in the making. Four years after a sexual abuse scandal shocked the state, the number of kids held in state lockups has declined by more than half. Whitmire is independent, sometimes to a fault, and this had led to some legendary clashes with the leadership over the years. But that is a source of strength, according to the dean. “There’s nothing they can do to me that they haven’t already done,” he said.