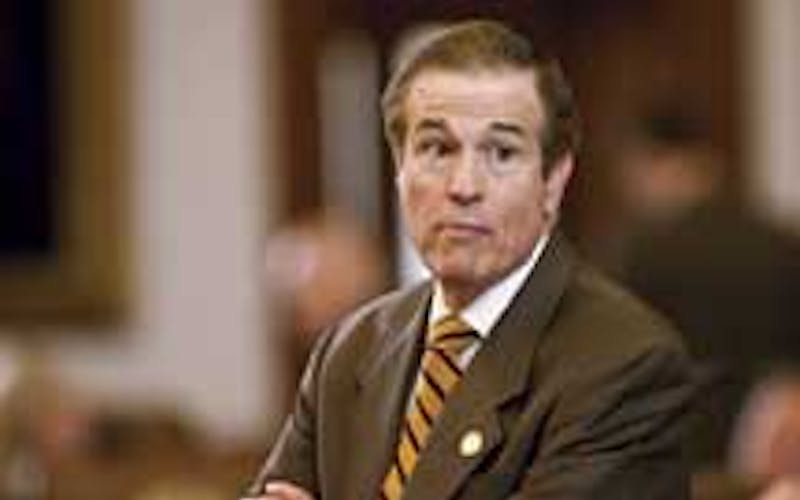 You sometimes have to wonder what keeps a guy like Bill Zedler going. The 67-year-old health care consultant made a name for himself in 2001 by organizing against the opening of a Hooters restaurant near his southwest Arlington neighborhood. Zedler lost that battle but won himself a spot in the Legislature, where he accomplished very little before being ousted in 2008. He returned to the House this year to find a Republican supermajority poised to impose its will on the state. Surely this was his year to shine.

And yet somehow Zedler managed to pass only three bills. It seems his agenda remained too kooky even for this Legislature. His bill prohibiting discrimination against creationists on college campuses never got a hearing, though it did gin up the requisite “crazy Texans” story in the national press. His bill preventing judges from considering “foreign and international laws” in their jurisprudence might have prompted another round of chuckling, if anybody had understood just what exactly he was talking about: making extra, extra sure that Islamic sharia law did not become the law of the land in Texas. Ditto his two bills taking on the Texas Medical Board, against which Zedler has launched a quixotic campaign on behalf of doctors he claims have been wrongly investigated. (Perhaps “quixotic” is too generous; the Texas Tribune reported that Zedler used his authority as a legislator to obtain disciplinary files on two doctors who happened to be contributors to his campaign.)

When the House was meeting, Zedler spent much of his time at his desk talking on his Blue­tooth or heckling whichever Democrat was at the front mike, smiling his odd little mortician’s smile. You’d think that someone who launched his political career in a group called Decency for Arlington would try a little harder to spread some of that decency in Austin. Even his effort to get in on the fun of the free-for-all that was the House budget debate—371 amendments were prefiled—was largely joyless. On a night when almost anything went, Zedler managed to define “too far”: How about moving $550,000 from a program for students with disabilities and putting it toward property tax relief? In a word, no.