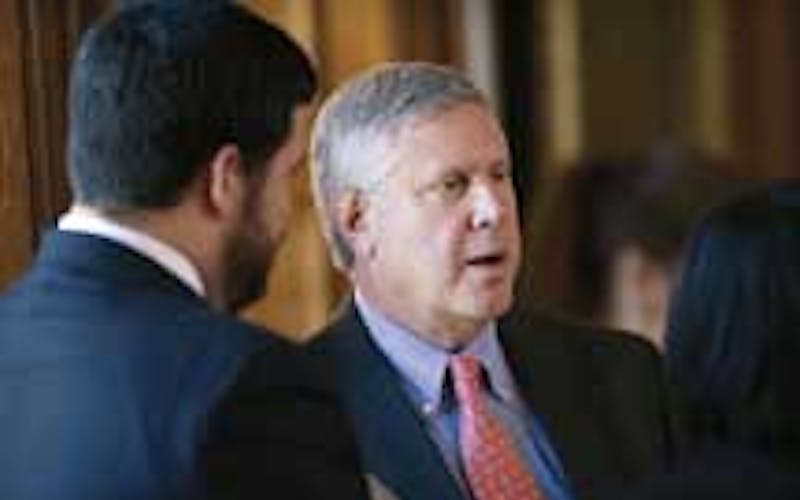 Burt Solomons is the House’s leading expert on the rules. He chairs the Redistricting Committee. He shepherded the controversial sanctuary cities bill to passage. He’s one of the “cardinals” who constitute the Straus leadership team. So what is he doing on the Worst list? The answer is that Solomons’s propensity to be a bully raged out of control this session, like a grass fire in August that no one could put out.

Here is a documented tale of Solomons at work. The House redistricting map has been completed. The time has come for Solomons to meet with members and win their approval of the new districts. He ushers into the room a fellow Republican, a supporter of Speaker Straus’s. “You have ten minutes to sign,” Solomons thunders, “or I’ll draw your district for you.” The member protests that Solomons has removed several key areas and institutions from his district. Solomons is unmoved. It takes an appeal to the Speaker’s office to get the member’s district put back together.

Here’s another story. Solomons has worked for several sessions on legislation to curb the abuses of homeowners’ associations. His Senate sponsor, Royce West, has negotiated with builders, management companies, and other stakeholders to get an agreed-on bill. This is quite a feat. What does Solomons do? He makes major changes to West’s version, changes that none of the stakeholders have seen and for which there has been no public testimony, input, or discussion. What’s his explanation? The Quorum Report, which covered the committee meeting at which Solomons made the changes, quoted him as saying, “I conducted unilateral negotiations: I negotiated with myself.” Phil King, an old adversary, puts an end to the saga by offering a complete floor substitute, killing Solomons’s bill.

The truth is, no one likes to see a member as able as Solomons fall from grace. The decision to put him on the Worst list was a difficult one. We thought about bringing him into the discussion, but in the end, we decided to follow Burt’s lead. We negotiated with ourselves.