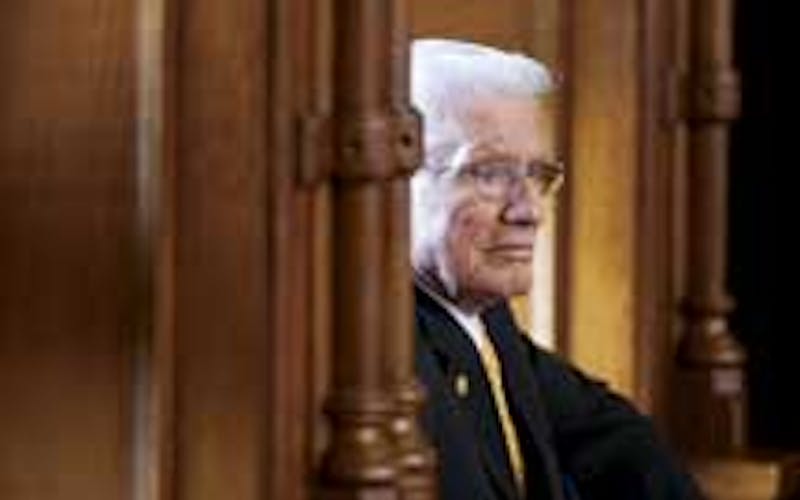 You have to give him credit. For most legislators, making the Ten Worst list is the result of an endurance run over 140 days of a regular session. Not so for Leo Berman. Weeks before the Eighty-second Legislature even convened, Berman got a huge jump on the field when he appeared on CNN to debate Anderson Cooper about the validity of a certain Hawaiian hospital document. Berman, you see, is a birther, someone who believes that Barack Obama was not born in America—and therefore should not be eligible to serve as president. He came to CNN’s attention because he filed House Bill 295, prohibiting the Texas Secretary of State from certifying the name of a candidate for president or vice president unless the candidate has produced his or her original birth certificate. If Berman’s bill had passed, President Obama would not have been able to run for office in Texas in 2012 unless he produced the certificate. But of course it didn’t pass; this was only the latest in a long run of hopeless, embarrassing pieces of legislation from Berman over the years that do little more than draw snorts and derision from the national press corps—and phone calls from cable news producers.

On CNN, Berman’s courtly behavior was impeccable (he is, it must be said, a decent sort). His arguments, alas, were not. He indirectly accused the governor of Hawaii of lying and demanded to see the certificate. Five months later, he got his chance when the White House released a copy of the original long-form birth certificate. And guess what? Berman still didn’t believe it. “It will take someone like a Donald Trump to really determine whether the president has pulled the greatest swindle, the greatest hoax, in the history of the United States,” he declared.

This is Berman’s distinguishing characteristic: Once an idea is in his head, it’s embedded. There’s no reasoning with him, on birtherism or anything else. Consider the vote for House Speaker on the first day of the session. The anti-Straus forces didn’t want to look like sore losers, so both Warren Chisum and Ken Paxton withdrew from the race, and the plan was to let Straus be elected by acclamation. This was carefully explained to Berman, but to no avail. When the motion was made, Berman couldn’t help himself: His right hand shot skyward in defiance.