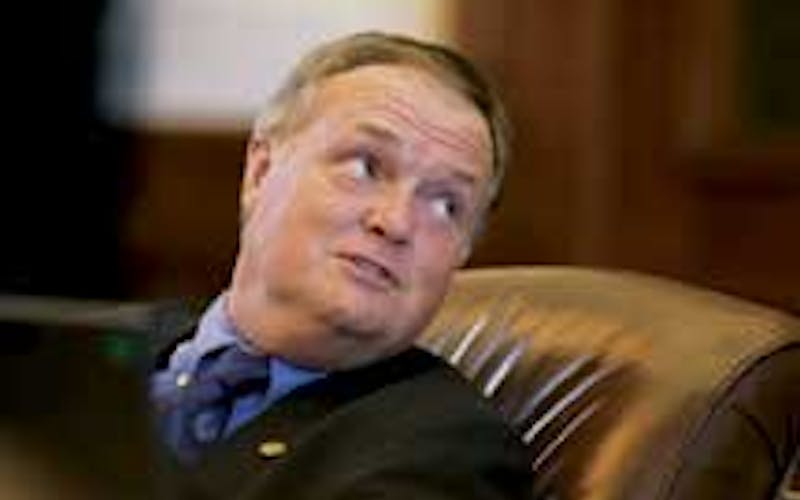 It’s not easy to make the Ten Worst list in back-to-back sessions, so let’s all take our hats off to Wayne Christian. He wanted it; he worked hard for it; he earned it.

Christian is the former head of the Texas Conservative Coalition in the House, and he envisions himself the enforcer of conservative orthodoxy. Last summer he hatched a nefarious scheme that enabled him to become the chairman of the platform committee at the Republican state convention; his intention was to include the agenda of the TCC as part of the platform and punish fellow Republicans who didn’t vote as he wished. Fortunately, state party chairman Steve Munisteri foiled Christian’s plan, leaving him with little to do but plot symbolic acts of culture war terrorism. When the session began, he had a number of these rhetorical IEDs ready to go. There was, for example, his amendment requiring universities to ensure that 10 percent of their courses provide instruction in Western civilization. Boom! Black and Hispanic Democrats crowded the back mike, inquiring whether African American studies or Mexican American studies would be included in Western civilization. It was clear that Christian relished the heat of battle. He was driving the Democrats crazy! How about another amendment? This one required any university that spent funds on a gender and sexuality center “focused on gay, lesbian, homosexual, bisexual, pansexual, transsexual, transgender, gender questioning, or other gender identity issues” to spend a like amount on a “traditional and family values center.” Boom!

When he wasn’t pursuing the culture wars, Christian was doing his best to fracture the Republican delegation. There were his emails to the constituents of other members of the TCC, blasting fellow lawmakers for supposed lapses in conservative judgment. And his “Legislative Updates,” posted each week on YouTube, in which he accused leading House Republicans of being phony fiscal hawks. All of which brought to mind a bit of ancient wisdom that we would have thought was familiar to Representative Christian: “Any man may easily do harm,” wrote Plato, “but not every man can do good to another.”