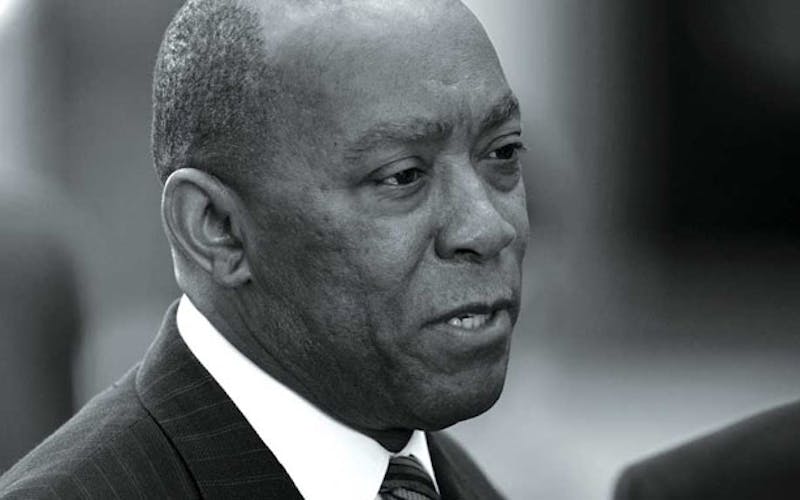 Each session produces a lawmaker who blurs the line between saint and sinner. The late senator William T. Moore, an obstreperous conservative Democrat from Bryan known as the “Bull of the Brazos,” was such a man, and this year the award named in his honor belongs to Sylvester Turner.

There he was at the back mike, passionately making the case for more dollars for education. There he was railing against the idea of drug testing welfare recipients, his distinctive voice ringing out, “Let me just tell you, it’s hell to be poor. And it’s certainly hell to be poor in the state of Texas.”

But he also called the point of order that killed the first big bill of the session, which would have drawn down $2 billion from the Rainy Day Fund to help finance the water plan. For the previous three months, the House had been coasting along in peace and harmony; after that, the session was thrown off course.

Then, as sine die approached, Turner nearly derailed the complex budget package. First, according to colleagues, he complained that he had not been named to one of the key conference committees and made a vague suggestion that it was because of race. Then he got into a fight with Senate Finance chair Tommy Williams over school funding. The budget—and the session—hung in the balance.

In the end, Turner agreed to phase out a pet project of his, the System Benefit Fund, prompting one Democrat to say that Turner had “shot the hostage.” With a deal finally in place, Republican Drew Darby called Turner “the conscience of the House of Representatives.” But the question remained: Had the deal happened because of Turner’s influence? Or in spite of it? Only the Bull of the Brazos knows.