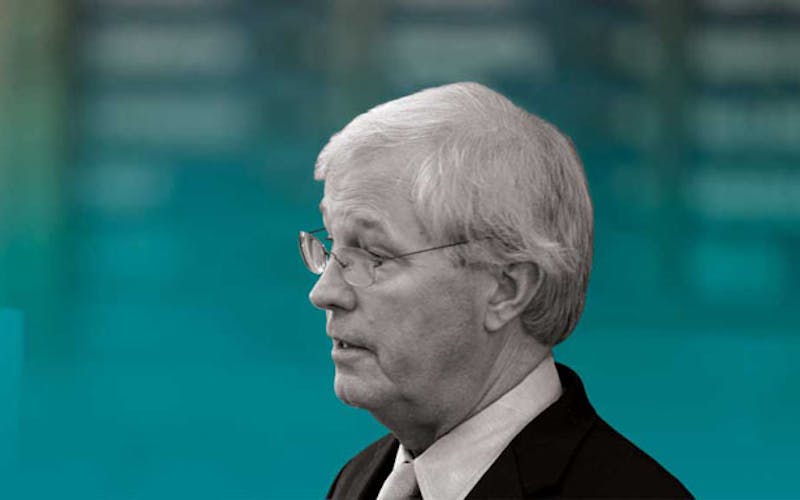 An indispensable member of Team Straus, Charlie Geren is the glue that holds the House together. All session long, he was the most ubiquitous presence on the floor. One moment you’d spot him at the back microphone, helping a colleague pass a complex pension bill; the next moment he’d be saving an amendment to the budget. Along with Democrat Sylvester Turner, he is surely the most natural politician in the House, and though his formal title—chairman of the Administration Committee—may sound a bit prosaic, his role in the chamber is anything but. He praises, he berates, he inspires. His chairmanship provides him with a wealth of information about every member, and he knows how to use it. He doles out and withholds favors, and he understands how to solve a problem before it becomes a crisis. This session he even waded into a contentious Ethics Commission sunset bill by offering an amendment that would require 501(c)(4) nonprofits that engage in political activity to identify their donors. In that debate, he fired off a memorable line when Van Taylor, a tea party Republican, spoke against the amendment. Geren patiently endured the exchange, then wryly skewered Taylor’s poor reputation in the House by saying, “Members, contrary to what some of y’all might believe, I didn’t pay Van Taylor to speak against the amendment.” Indeed, it passed handily, though it was later killed in conference committee. Still, not much roils Geren’s placid surface. On the day of a key vote late in the session, when asked if he was worried about the budget bill’s prospects, he replied, “I never worry.” Sure enough, the bill passed comfortably.